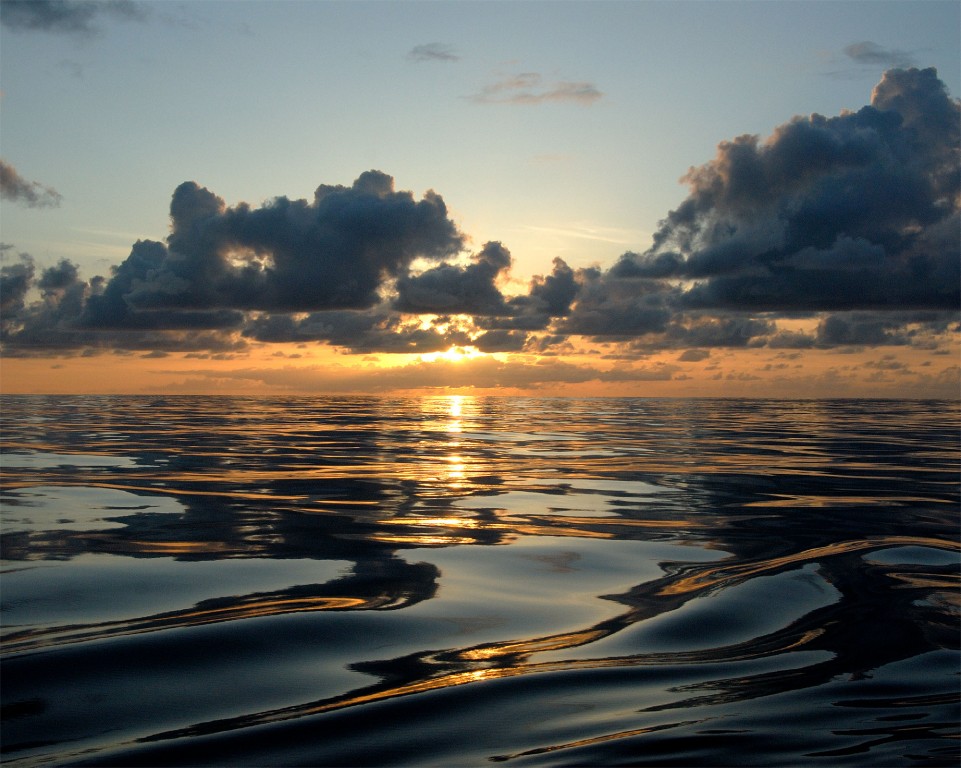 Sunsets from the Northwestern Hawaiian Islands are far less commonly seen than those on the main, heavily populated, Hawaiian islands, also known as the Southeastern (Windward) Hawaiian Islands. When most people think of Hawaii they do not know that there are ten more islands west of Kaua’i and Ni’ihau. Nine of these islands are administrated by Honolulu County on the island of Oahu.

These ten, small, and mostly uninhabited islands are spread northwest across hundreds of miles. The outermost of these islands is Kure Atoll, where this beautiful sunset picture was taken.

Kure Atoll is included in Papahanaumokuakea Marine National Monument, which oversees, protects,  and studies marine and bird life in the area.

“A sunset viewed from Kure Atoll, located near Midway Atoll in the Northwestern Hawaiian Islands. An atoll is an island of coral that encircles a lagoon partially or completely.” Image credit: Robert Schwemmer, NOAA National Marine Sanctuaries