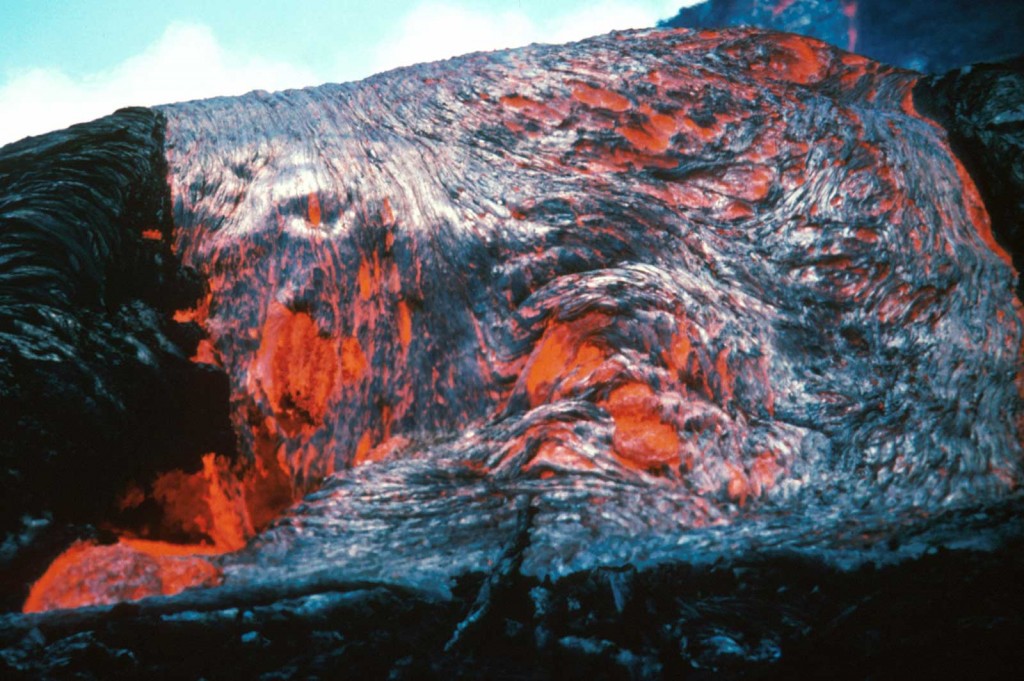 Pahoehoe lava undulates over a bank of new earth creating a lava falls as it makes its way from Kilauea volcano to the sea. Alternating streaks of orange, red, and black create the tell-tale look that is so unique to molten rock. As opposed to rougher, slower moving a’a lava, pahoehoe lava–meaning ‘smooth, unbroken lava–is hotter and less viscous, keeping a temperature between 1100 and 1200 degrees Celsius.

This flow is from a very active volcanic period in 1983.