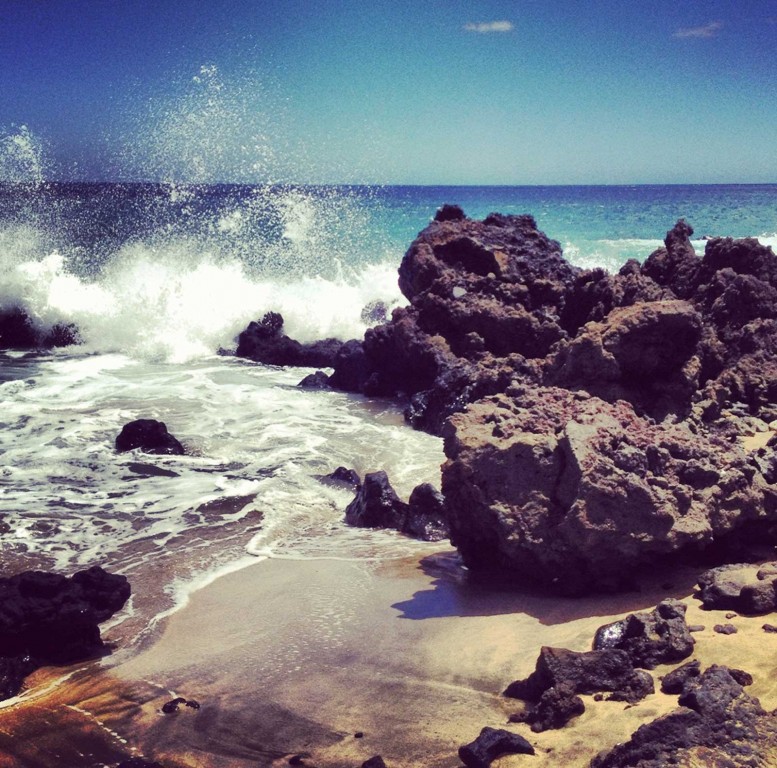 At the end of Makena Alanui Road south of Wailea on the island of Maui you can discover Keone’o’io Bay, a recent (between A.D. 1480 and 1600) a’a lava flow turned tropical fish snorkeling paradise. Here black lava rock intertwines with white ocean spray and white sand to create a sort of ever-changing Rorschach test of dark on light where the sea meets the shore.

Keoneʻoʻio Bay is called La Perouse by most for the French explorer who mapped it. La Perouse Bay is just south of  ‘Ahihi Kina’u Natural Area Reserve and is protected by the State and several active volunteer and local communities who work to keep the fish and coral population thriving.

The bay is also the start of the King’s Highway, a Hawaiian footpath created by Pi’ilani to circumnavigate the island.