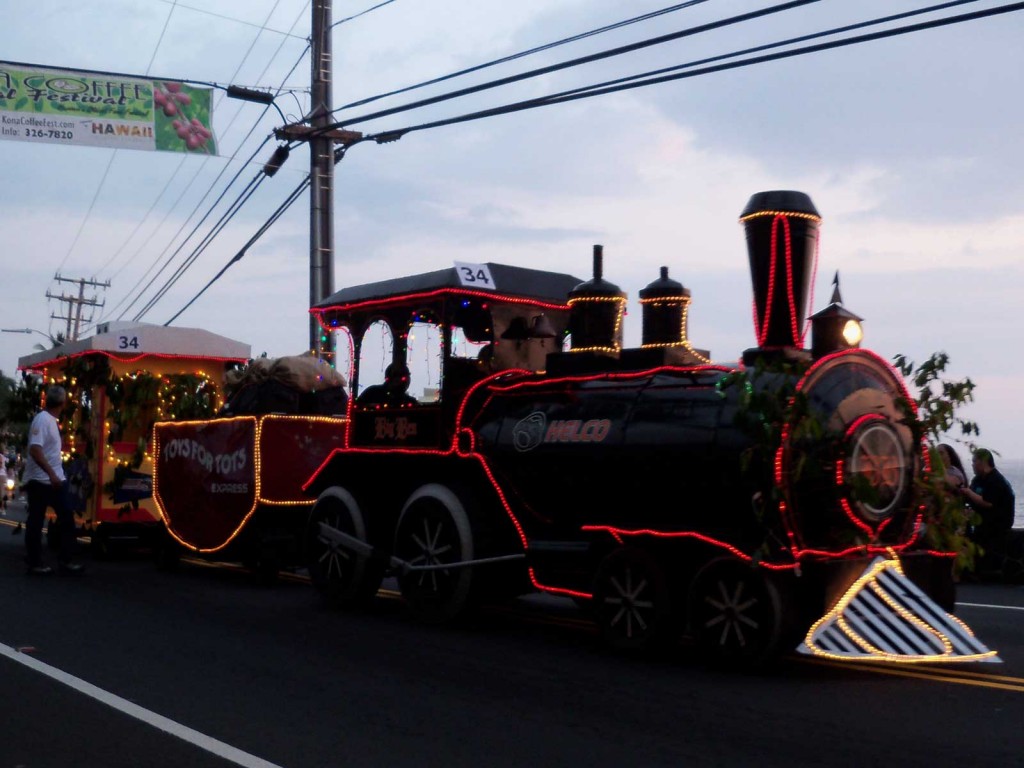 Interestingly, the Big Island did have a couple real trains for a short while in the early 1900’s. As compared to more ‘inter-state’ length trains, Hawaii’s were much shorter in distance; yet, they were still very productive, bringing sugar and other exports to harbor. You can read more about the Hawaii Consolidated Railroad here.

The Kona Coffee Festival has been an annual event since 1970, celebrating the rich history of coffee on the Big Island and in Hawaii.