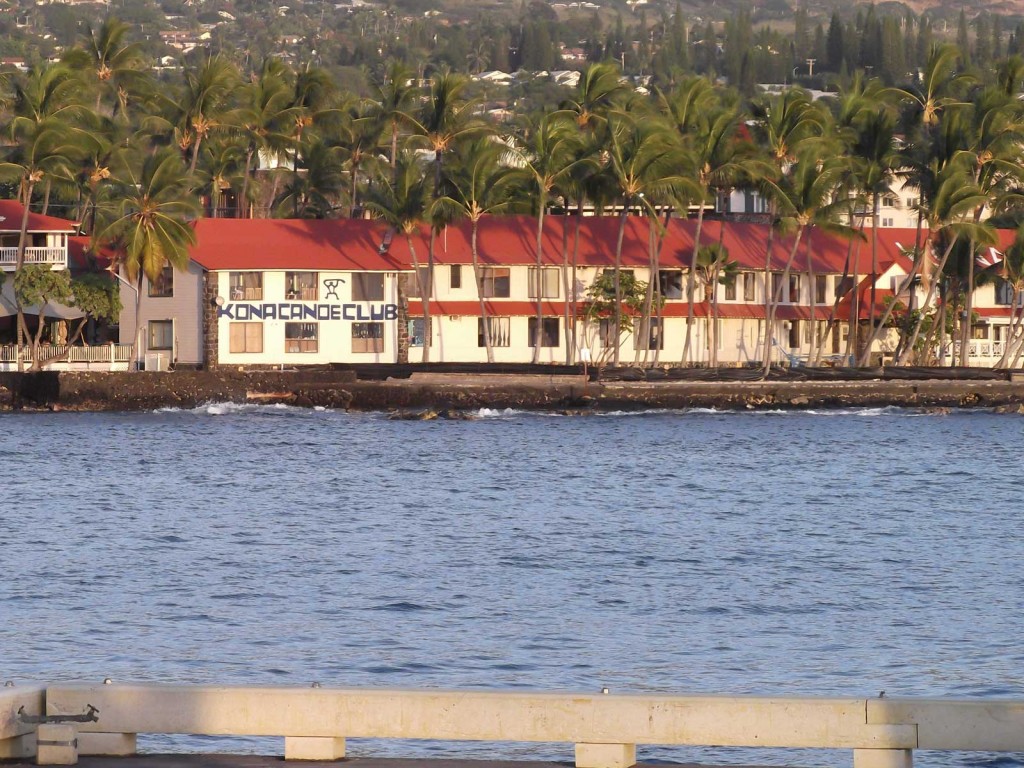 “In 1928, the Kona Inn was built by the Inter-Island Steam Navigation Company. This venture was considered to be a pioneering effort in the neighbor island hotel industry. Previous to the Kona Inn, the passengers aboard the company’s steamers had only haphazard room arrangements at outlying stops.” From the ‘Story of the Historic Kona Inn’ sign posted within the building.

Today the Kona Inn no longer operates as a hotel, but as a collection of shops, businesses, and restaurants. The Kona Canoe Club occupies a corner unit in the Inn overlooking the bay.