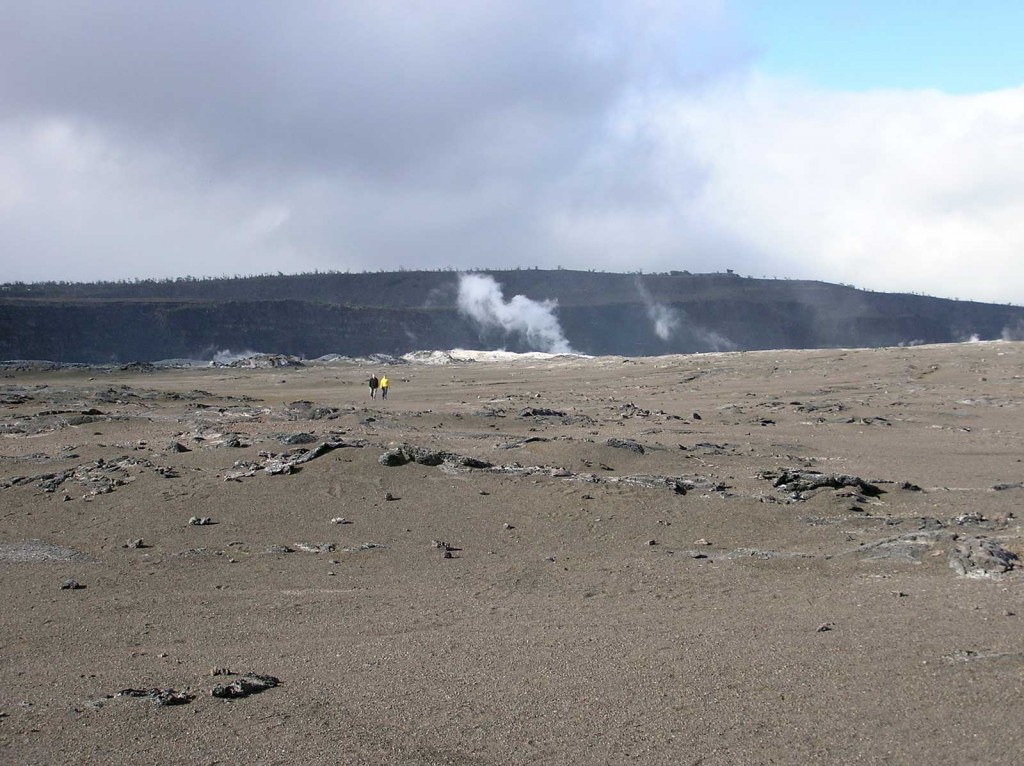 Hawaii’s Big Island is home to 11 of the world’s 13 climate zones. Nowhere is this more apparent than traversing the Kilauea caldera in Hawaii Volcanoes National Park.

Precious little lives or grows in the noxious sulfur-dioxide heavy environment of Kilauea–Hawaiian for “spewing.” This seemingly Martian landscape quickly gives way to forests rising in the background, the ocean nearby, and rainforests only a few miles away.

The Kilauea caldera contains the half-mile wide Halema’uma’u crater. The small plume of vapor in the middle of this photo came from the crater’s edge vent in January, 2008.

Shortly after this, in March of 2008, the crater erupted creating a 100 foot wide hole. Since then, the area of this picture has been closed to the public and Halema’uma’u has continued erupting sporadically.