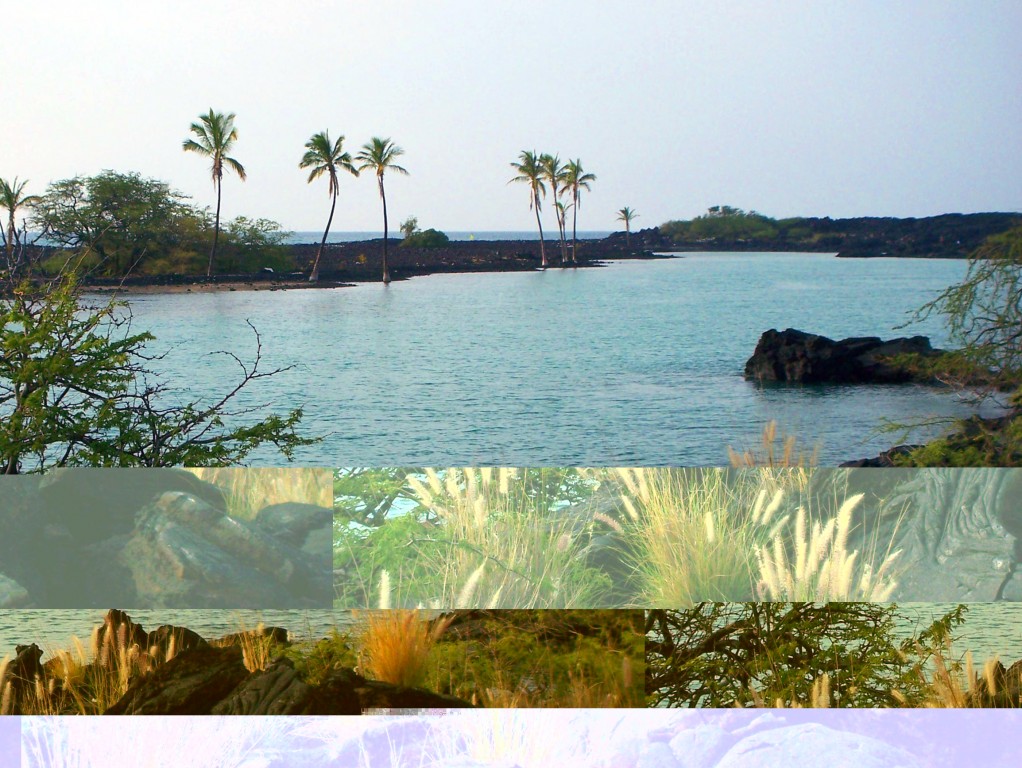 Kiholo Bay on Hawaii’s Big island is a tranquil spot on the west side of the island. Originally built in the early 1800’s by King Kamehameha I as a fishpond, this bay holds cooler, brackish water–fresh and salt water mixed. This mixing of the water creates a sandy bottom that in turn causes the water to appear a bright turquoise blue compared to its surrounding.

Recent (1859) lava flows as seen in the picture here destroyed a good portion of the fish pond, but large parts are still visible.

Getting to Kiholo requires about a mile long walk either from the highway to the east or from the beach to the south. Surrounded by private property, it is still accessible through beach access trails.

Snorkeling in the water can be chilly, especially after a rain as fresh water streams into the ocean here. The brackish water appears hazy and visibility can be limited. Diving down a couple of feet under the water though, reveals clear, warmer salt water that settles below the brackish water.