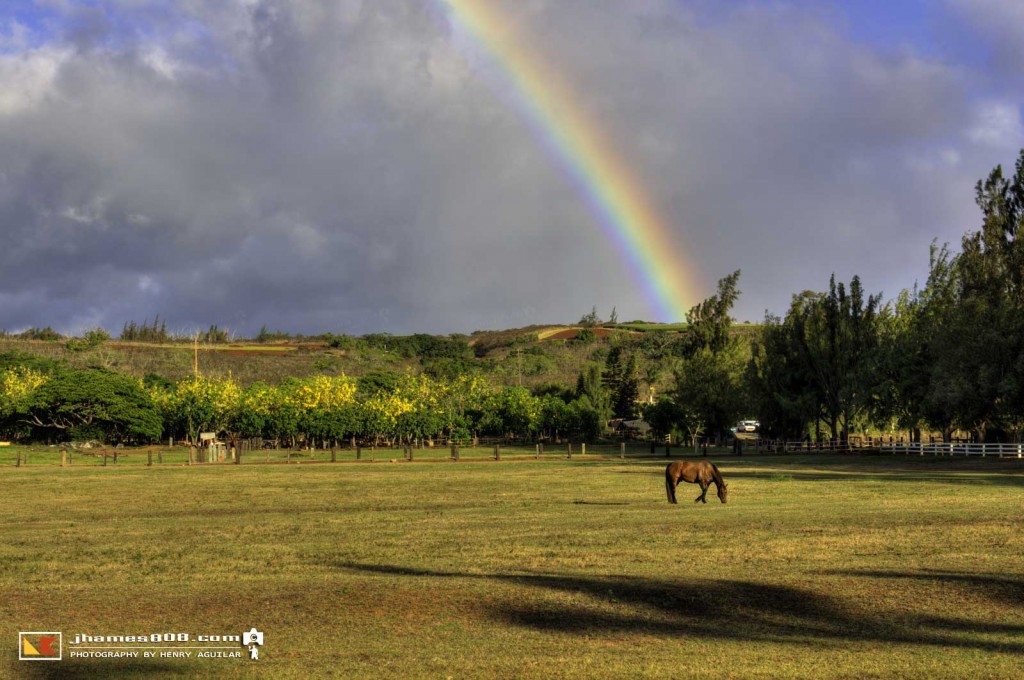 Horses casually much on grass as a rainbow arches across the sky above tree-rimmed Kawailoa Ranch in Oahu’s north shore town of Haleiwa.

The ranch used to be owned by Meadowgold Dairy, but is now in private hands. It became something of a tourist attraction after a tree found on its rich landscape was used in the hit television series Lost. Aside from this fame, the property itself is noteworthy simply for its rolling hills that lead back up the mountain toward central Oahu.