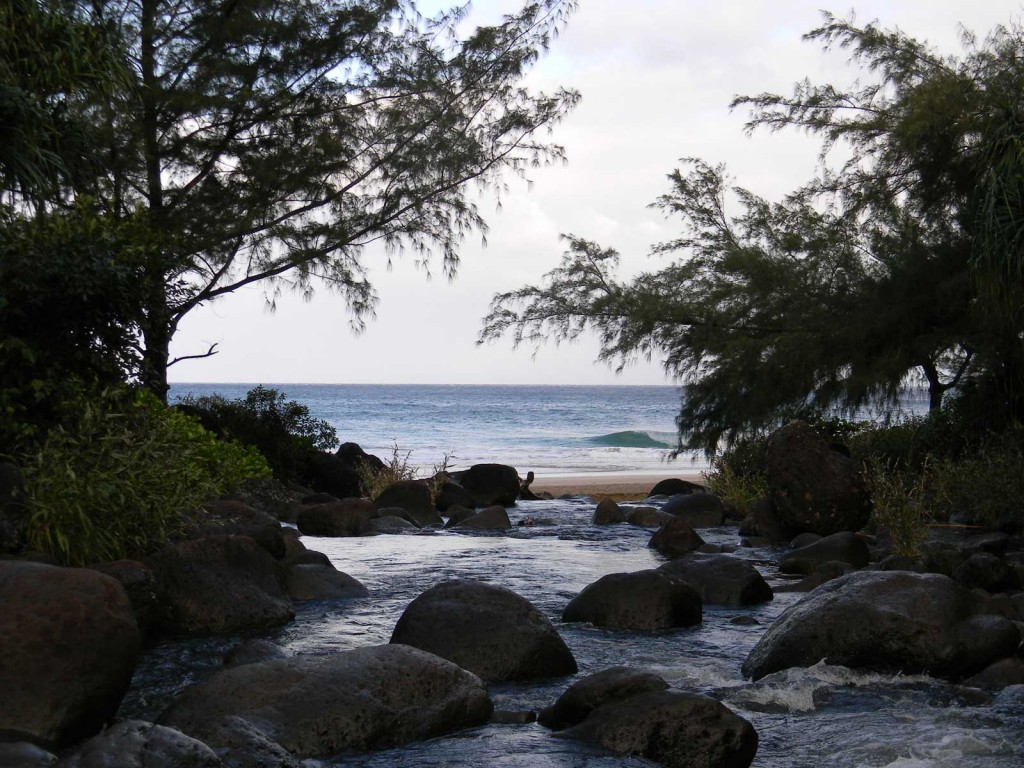 A cool stream fed by frequent Kauai rains flows across the Kalalau Trail and into the ocean. The Kalalau Trail starts at Ke’e Beach and ends at Kalalau Beach 11 miles later on the island of Kauai in Hawaii. The trail undulates across five valleys in the famous Na Pali (the cliffs) coast and has sea level views like this followed by majestic and colorful ridgeline views several hundred feet up.

The Kalalau Trail was originally a foot path for Hawaiians linking all the coastal areas and ahupua’a (land tracts) and villages. In the late 1800s the trail was formerly established and it has been improved off and on since the 1930’s. Most trail-takers adventure only the first two miles in to Ke’e Beach. Fewer make the full trek to Kalalau Beach another 9 miles away. The river pictured here is closer to Ke’e.