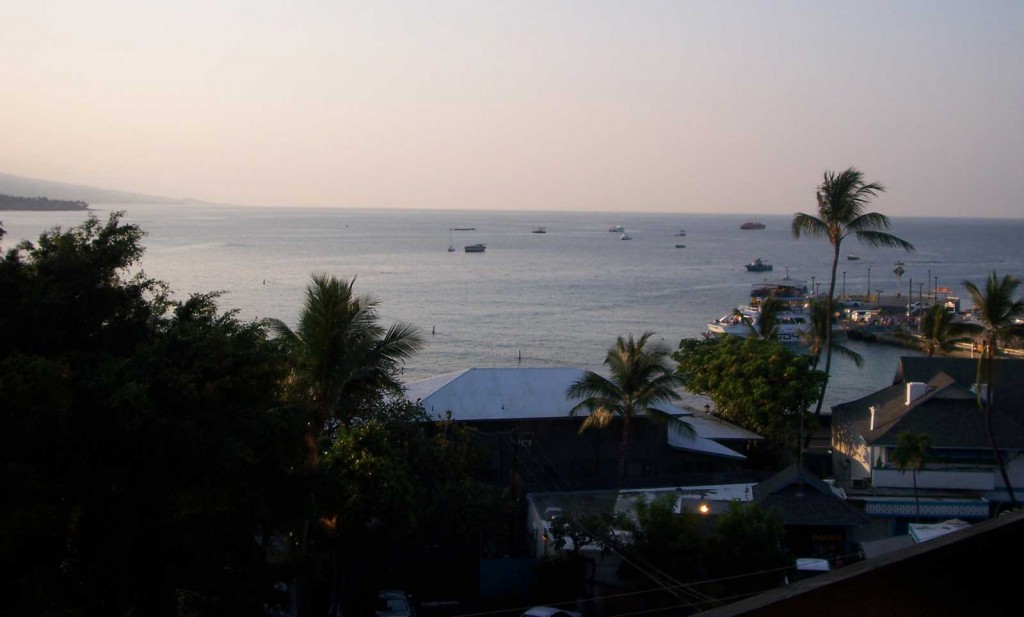 Kailua Kona Bay early in the morning light, as seen from the Kona Seaside Hotel.

The Big Island’s Kailua-Kona received the hyphen and “Kona” after originally being named only Kailua. When the US Post Office needed to create unique names for zip codes they had already established another Kailua on the island of Oahu. So, as a way to keep the two towns sorted, they added Kona based on the towns leeward location, which receives “kona” winds–winds opposite of the trade.

The Hawaiian word “kai” means ocean and the word “lua” means hole or the number two or double.