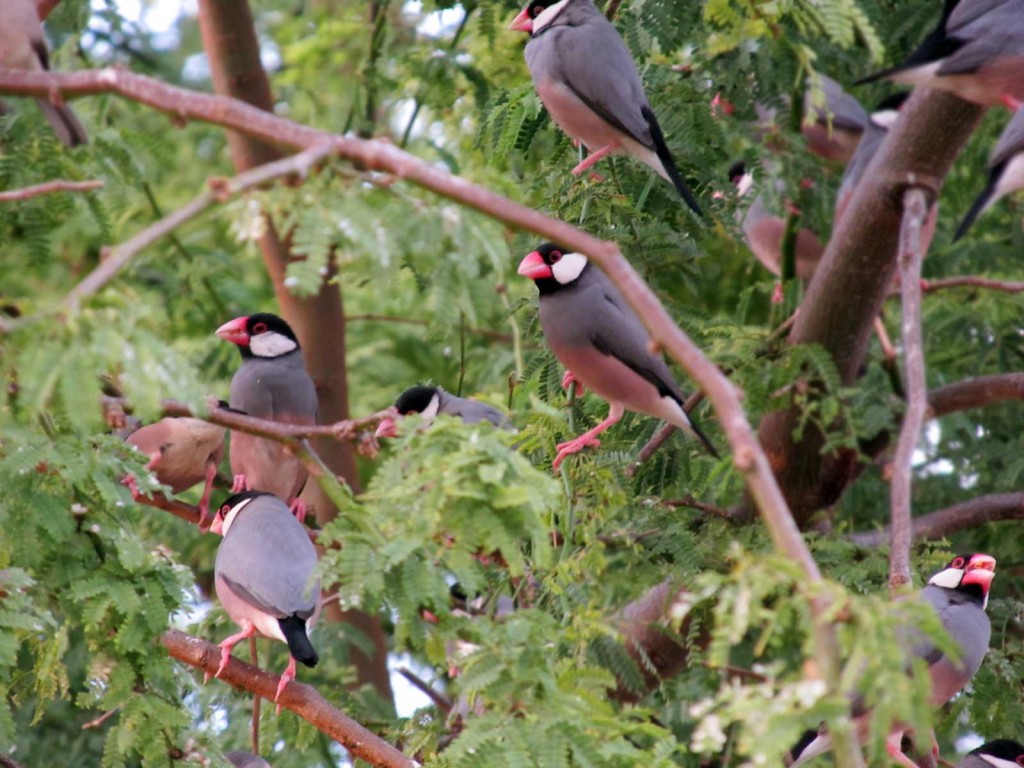 The Java Sparrow (padda oryzivora) is an introduced bird in Hawaii known as manu li’ili’i. All introduced birds are called “manu lawe ʻia mai.” These sparrows are plentiful in Hawaii but actually endangered in their original habitats due to overhunting and extermination efforts by rice farmers. Because of the Java Sparrows penchant for eating rice and other agricultural crops to a point of destruction, the birds have be heavily targeted.

The Java sparrow is a popular cage bird in China and Japan. On the mainland US, though, it is illegal in some parts to keep as a cage bird in case it get out and cause crop problems.

Javas travel in large groups, roosting in dense trees and under building eves. It is native to Indonesia and was introduced to Hawaii first in 1867 and then again in the late 1960’s to help with mosquitos, and add to the beauty of the islands.