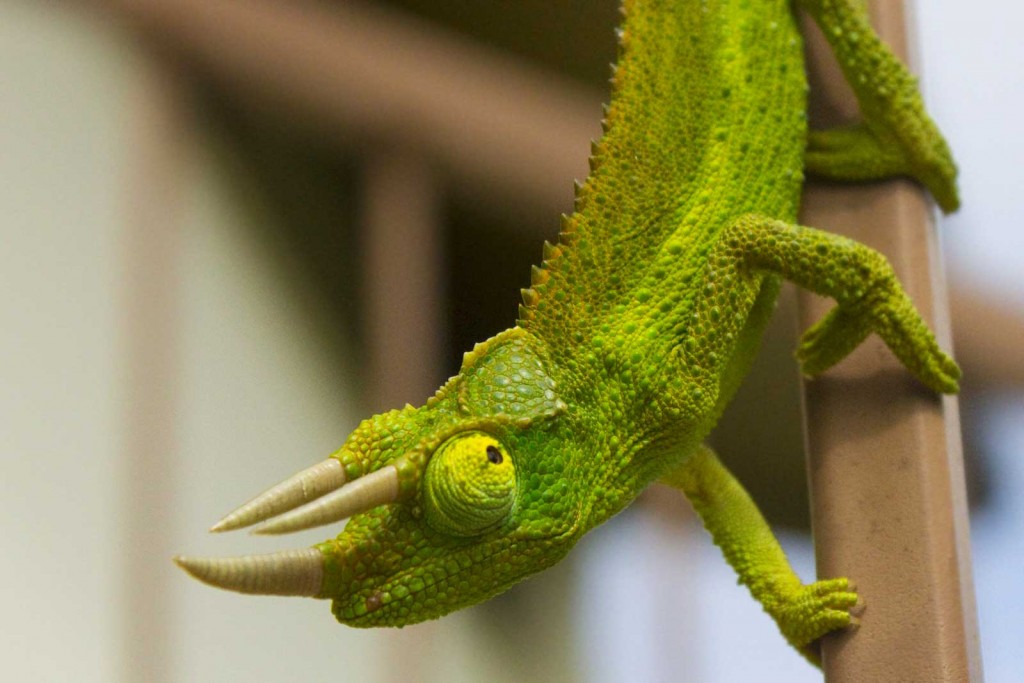 The Jackson’s Chameleon (Trioceros jacksonii, subspecies xantholophus) is one of the more interesting lizards found in Hawaii. Native to Kenya and Tanzania, this African import was brought to Hawaii in the ’70’s to breed and export to the exotic pet trade. To discourage people from introducing the islands with all manner of non-native, possibly invasive animals,  it has been made illegal to export the Jackson’s Chameleon and many other would-be pets.

The scientific name “trioceros” means three-horns, given for the three brown horns seen on males like this one. Like all chameleons, this species can quickly change color to adapt to its surroundings or health. They grow up to about 12 inches long and give birth to live offspring.

The chameleon pictured here was in the town of Honalo on Hawaii’s Big Island. We were fortunate enough to get some behind-the-scenes video footage of this picture.

Rather than climbing to the handrail, this chameleon opts for the more acrobatic route, swinging from post to post using his claws and tail. Eventually, he decides to take cover in a nearby palm tree. There is no sound with the video.