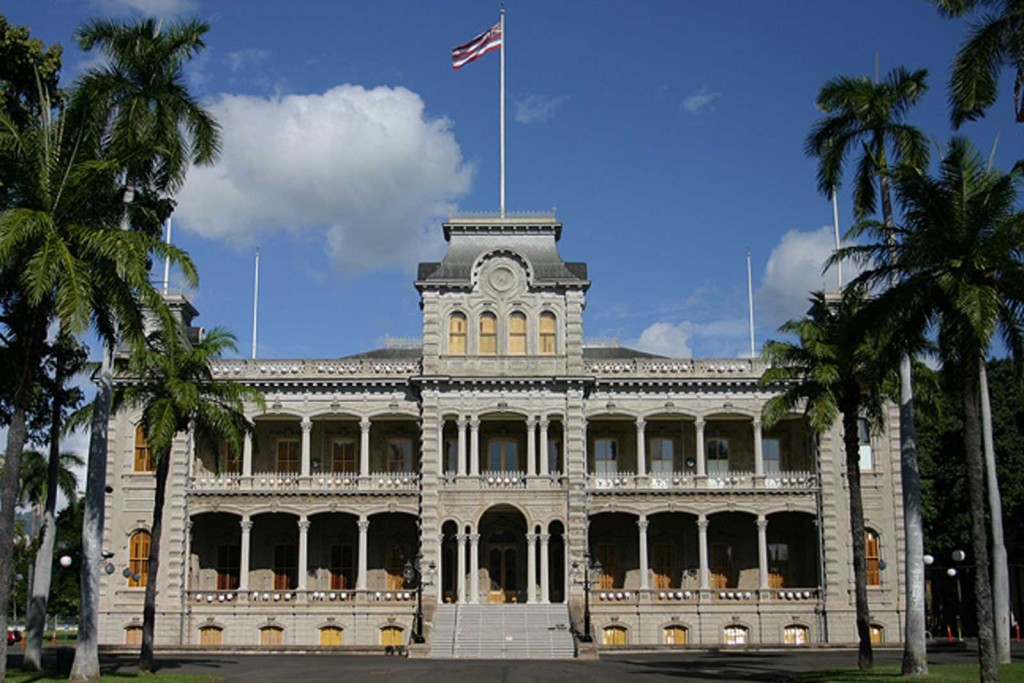 Built between 1880 and 1882, ‘Iolani palace was erected to show that Hawaii was indeed a prestigious, modern nation. King Kalakaua was the first royalty to live in the beautiful palace. The palace pictured here was built after the original palace, which was demolished in 1874 to make way for new amenities like indoor plumbing and gas lighting.

Surprisingly, it has not always been known as ‘Iolani Palace. It was first named Hale Ali’i, meaning “House of the Chief.” It was renamed by King Kamehameha V in honor of King Kamehameha IV.

‘Iolani Palace opened up for public use in 1978.

From the Official Site:

“‘Iolani Palace, the official residence of Hawaii’s monarchy, is a marvel of opulence, innovation, and political intrigue.” – Iolanipalace.org