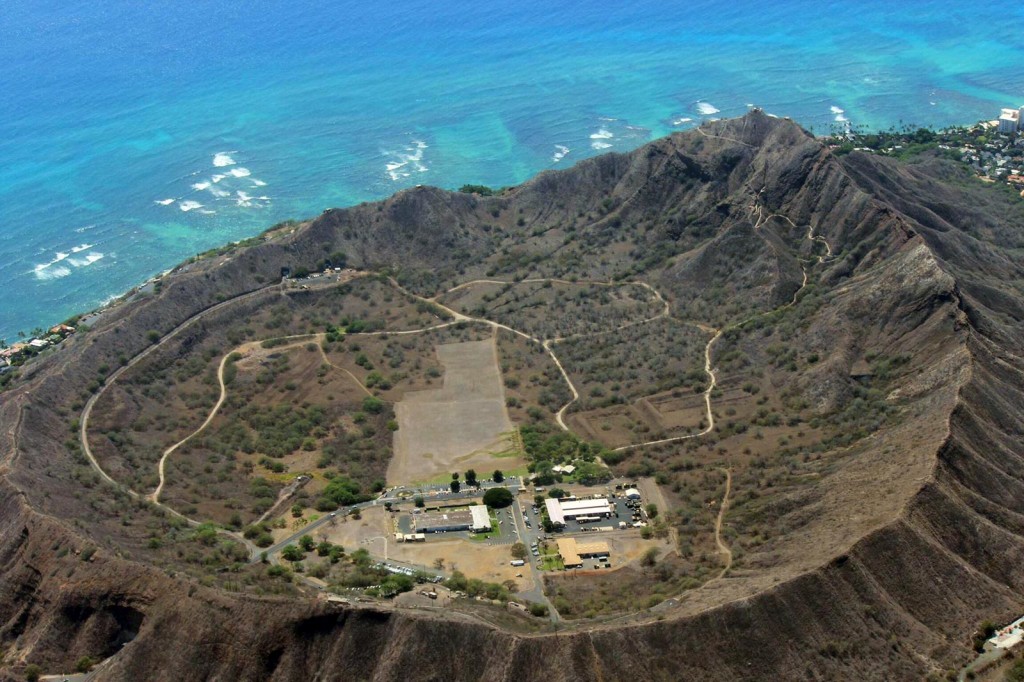 What’s inside the Diamond Head Crater?

Known by Hawaiians as Lēʻahi, this Honolulu cinder cone is a world-known icon of Hawaii. It is a United States Monument and has some sections open and some sections closed to the public. The closed part of the cone is used by the United States for several antennae arrays.

Inside the cone used to be Fort Ruger, which was the first US military reservation on the islands. Additionally, a shuttered air traffic control center operated on the interior of Diamond Head until 2001.

Today, the inside of Diamond Head houses the Hawaii State Civil Defense and a National Guard facility.