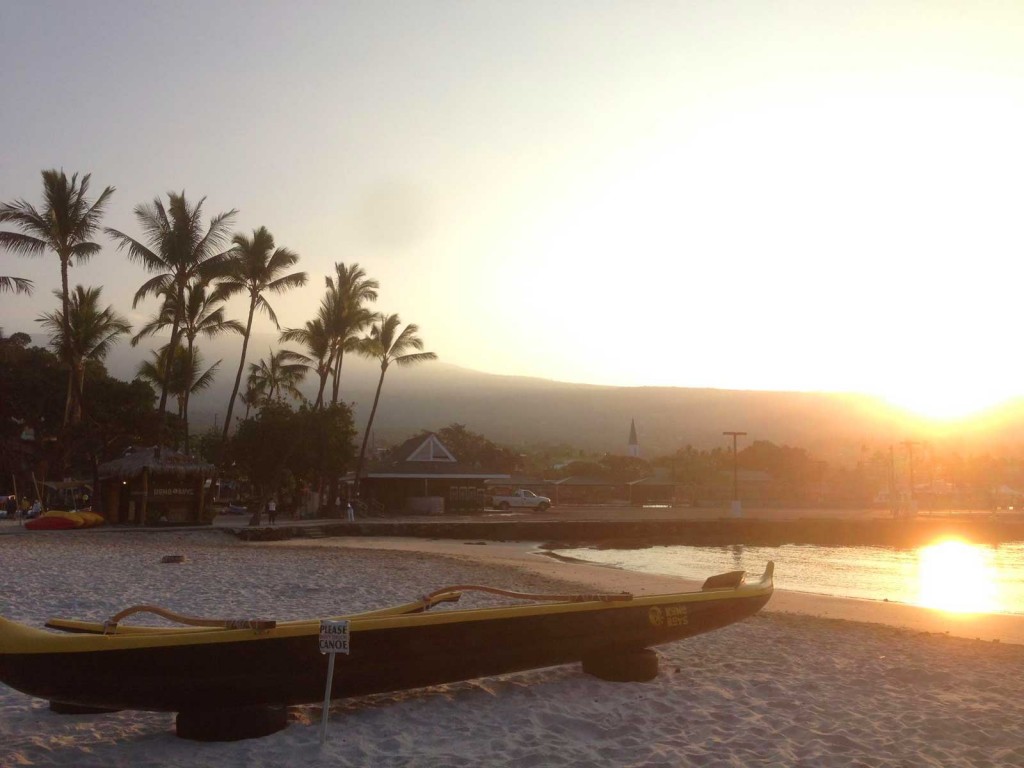 Sunrise from Kamakahonu Bay at Kailua-Kona on Hawaii’s Big Island always comes with a sense of anticipation as the sun makes its way out from behind Hualalai mountain. Kamakahonu Bay is home to a small, friendly beach, several outrigger canoe teams, and the historic re-building of the Hikiau Heiau (temple).

It was at this spot that King Kamehameha I, the person who first united the Hawaiian island chain, lived out his last days. His remains are rumored to be buried in secret caves nearby. Shortly after his death, Kamakahonu became the spot where the old religious system of Kapu was lifted and where soon later the first Christian missionaries were invited to meet Hawaiians.