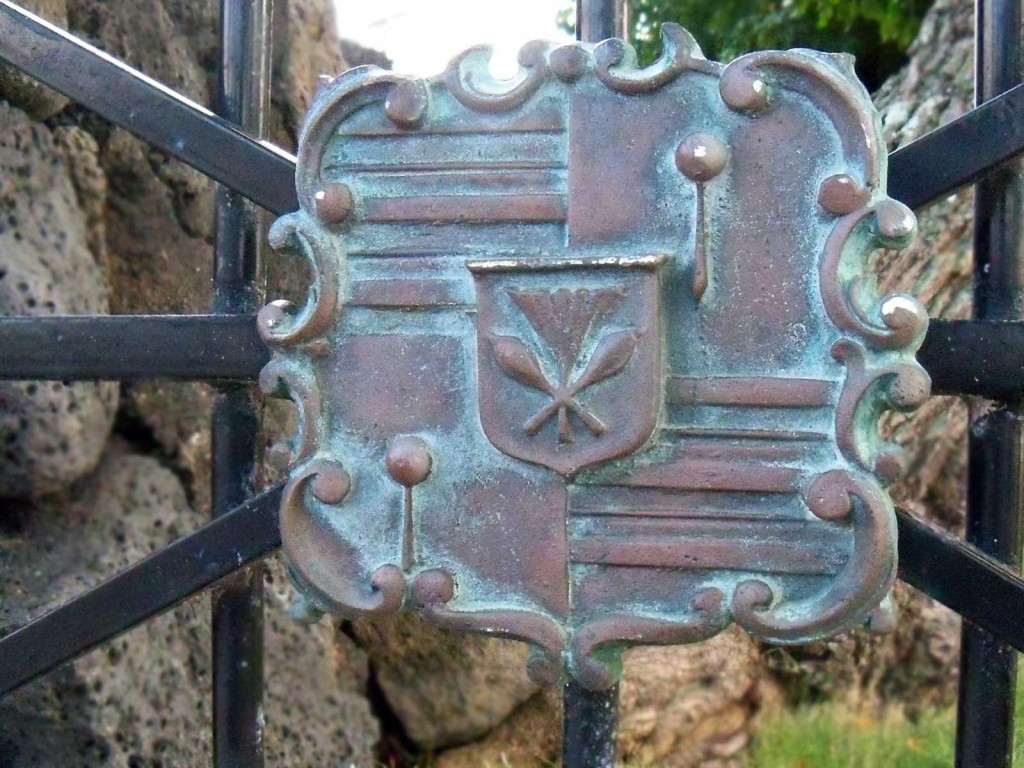 This copper Hawaii royal crest hangs on the wrought iron front gate at Hulihe’e Palace in Kailua-Kona on the island of Hawaii.

Originally built during the Kingdom of Hawaii, Hulihe’e Palace was a summer vacation home for ali’i–Hawaiian royalty. Today it is a museum showcasing artifacts and reproductions from the time of King David Kalakaua.

On the ‘official’ seal of Hawaii as found on the palace gates at Honolulu, the state motto, “Ua Mau ke Ea o ka ʻĀina i ka Pono” is written below the image. Roughly translated it means, “The life of the land is perpetuated in righteousness.”