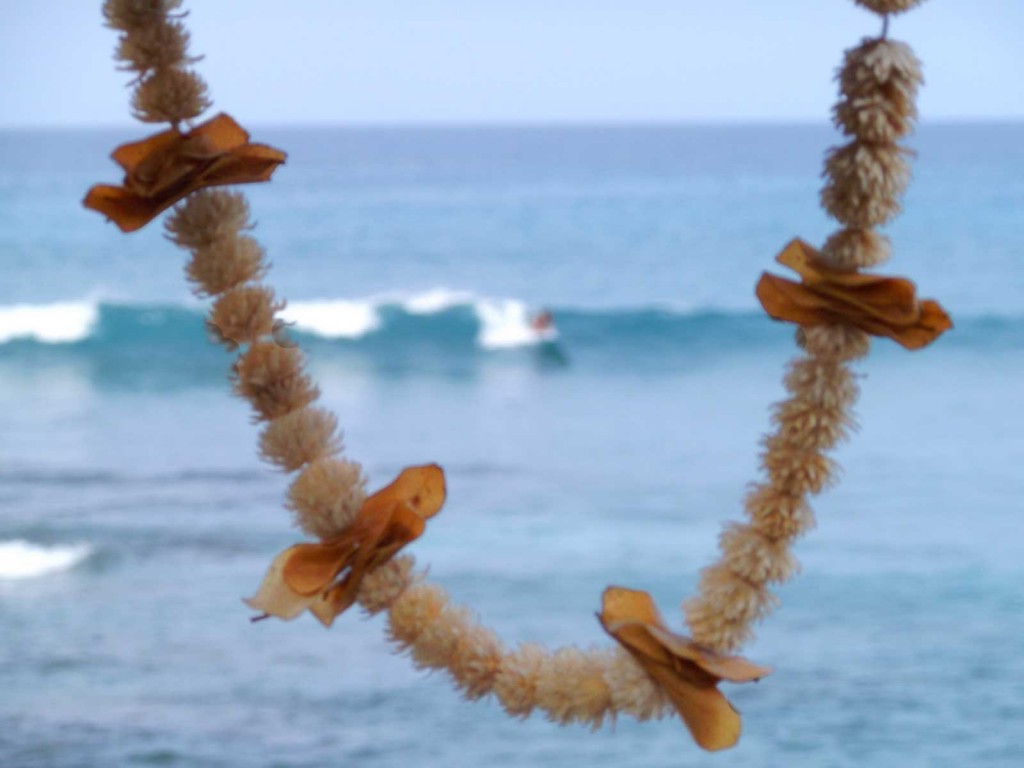 Flower leis are used in Hawaii for many purposes–distinction, peace, sharing aloha, protection, decoration, and offerings. Here, a handmade white flower lei hangs from a branch overlooking a surf spot near Kailua-Kona on Hawaii’s Big Island as a surfer catches a wave in the background. It appears this lei was set here as an offering, although it is unclear whether that was for protection, thanks, or some other purpose.

Lei were first introduced to Hawaii by early Polynesian voyagers from Tahiti. Their traditions became a part of Hawaii and have continued to today. Lei became known around the world during the early 1900’s when Hawaii became a popular tourist destination. 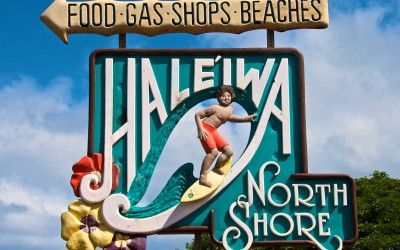 Hale’iwa has a couple of welcome signs in town, this one features a man surfer and has a complimentary woman surfer nearby. END_OF_DOCUMENT_TOKEN_TO_BE_REPLACED

The Hookipa surf break on Maui’s northern shore is known world-wide for its windsurfing and kiteboarding. It is also known and commemorated in songs as a great surf spot. END_OF_DOCUMENT_TOKEN_TO_BE_REPLACED 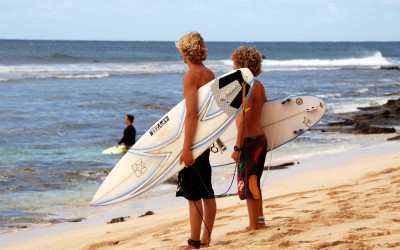 On a smaller day at the world famous Oahu Banzai Pipeline surf break, a pair of groms (young surfers) make their plan of attack. END_OF_DOCUMENT_TOKEN_TO_BE_REPLACED