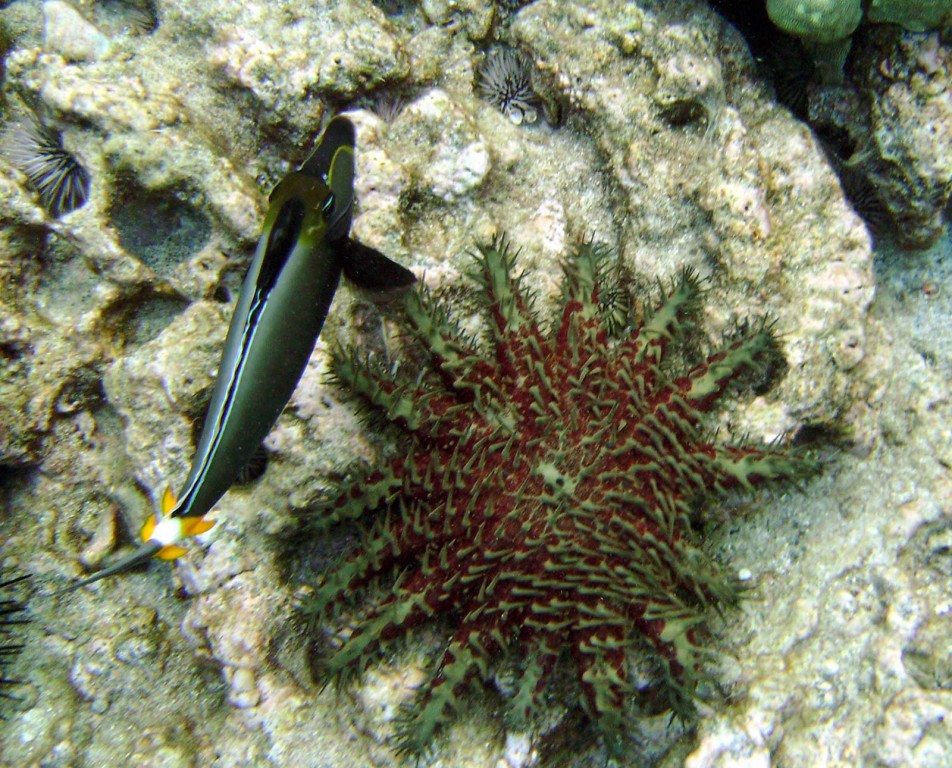 While snorkeling in Hawaii’s clear waters, it can be easy to overlook the elegant and fascinating Crown of Thorns Seastar (starfish). This second-largest seastar is found in tropical reefs all around the world, with a few different varieties.

In Hawaii, the crown of thorns is typically green with purple thorns. The thorns, called spines, are venomous with a neurotoxin that causes pain, stinging, nausea, or worse.

These seastars are solitary, though you often see several in the same area, all keeping distance from each other. There has been debate over the years as to whether they play a helpful role in cleaning coral reefs, or if they damage the reef as an invasive species.

Either way, they add a beautiful visual component to the reef and play an active role in its development. You can learn more about them here.

This photo also captured an Orange-spine surgeon fish, so named for its razor-sharp spines near its tail fin. The picture was taken about about 10 feet below the surface near the Kailua-Kona pier.