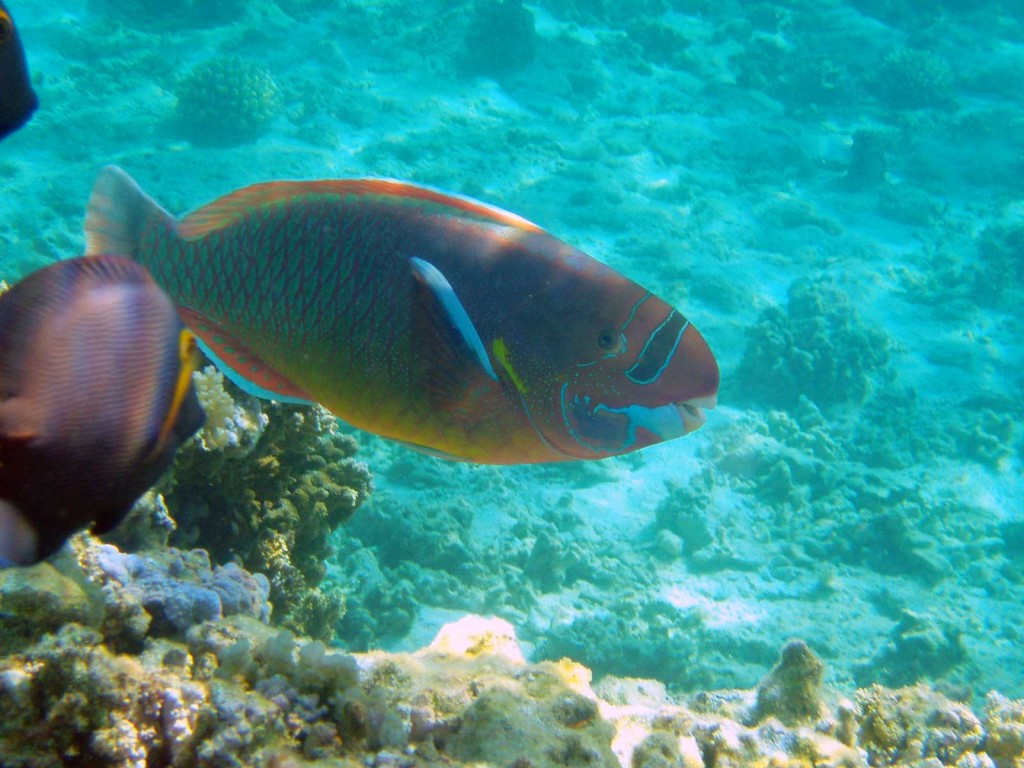 A Spectacled Parrotfish (Chlorurus perspicillatus) edges its way along coral reef in Papahanaumokuakea Marine National Monument, Hawaii, looking for food to munch as columns of light from above scribe patterns of white and blue on the sea floor.

Parrotfish, called “Uhu” in Hawaiian, typically start off as females and then change into males later in their life. This affects not only their breeding but also their social status as they have been observed to have a social structure similar to dogs with an alpha male and alpha female. The gender change is usually accompanied by color and pattern changes on the fish as well.

While the Spectacled Parrotfish is not endemic to Hawaii, several of the more than 90 species of Parrotfish are. Learn more about parrotfish at Wikipedia.