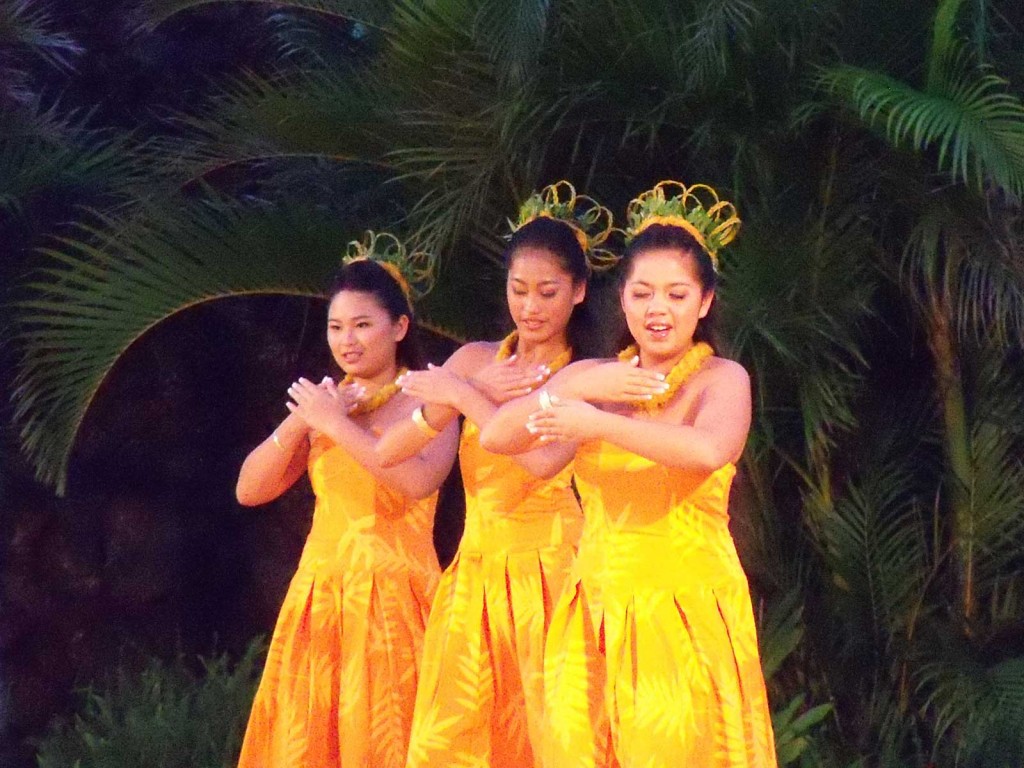 One of the last monarchs of Hawaii, David Kalakaua ruled the Hawaiian islands in the late 1800’s. During his reign, he returned hula dancing and other Hawaiian cultural arts to a place of prominence in the islands. In doing so, he connected the old ways with the new western ways that were flooding the islands.

What people think of as Hula today is more formally called Hula Auana–modern hula. The dancing is hithout ceremonies, offerings or rituals and is more show-like, informal, modern. The songs are performed by ukelele, guitar, and bass, instead of drums and chanting.

These dancers were captured at the 2011 “Moku O Keawe International Festival,” which included Hula Halau (troupes) from Hawaii, Japan and elsewhere.