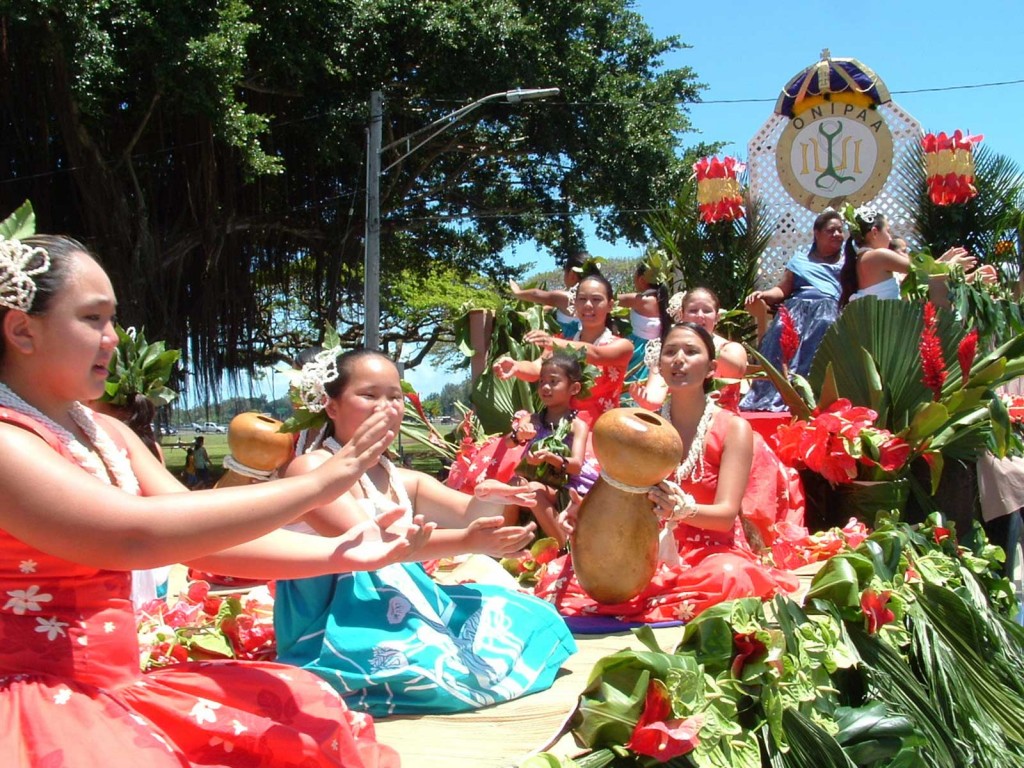 The Merrie Monarch Festival brings hula, parades, floats, arts and more to Hilo, Hawaii over Easter each year. The festival is in honor of King David Kalakaua, known as the “Merrie Monarch” for his love and support of the arts, and in particular, hula dancing.

People from all over Hawaii, the mainland U.S, and Japan come to the festival to be a part of the activities and competitions.

This photo shows one of the parade floats during opening ceremonies. The float riders are doing traditional dance and carry traditional Hawaiian instruments.