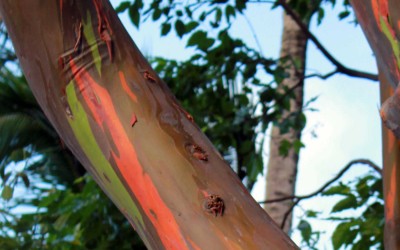 The Rainbow Eucalyptus (Eucalyptus deglupta) is found throughout the Hawaiian islands with bigger groves on Maui’s northern side, Kauai, Oahu, and the Big Island. END_OF_DOCUMENT_TOKEN_TO_BE_REPLACED