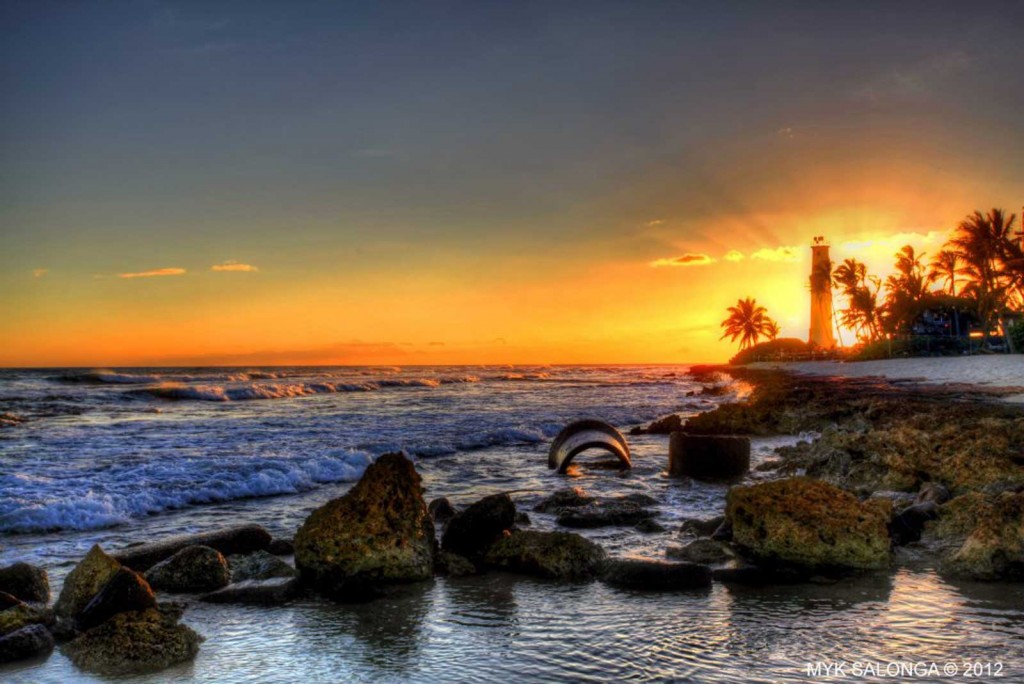 The sun sets golden behind Barbers Point Lighthouse in Kapolei, Hawaii, silhouetting tall palm tress as the ocean turns from blue to black. The scene is near one of Oahu’s latest big developments, Ko Olina, which is home to several large hotels and a harbor.

Barbers Point Lighthouse is named for Captain Henry Barber, who wrecked his trade ship Arthur on this point in 1796 after running across a coral reef. The lighthouse was first constructed in 1888 and, like its contemporaries, included both the lighthouse and a keeper’s house.