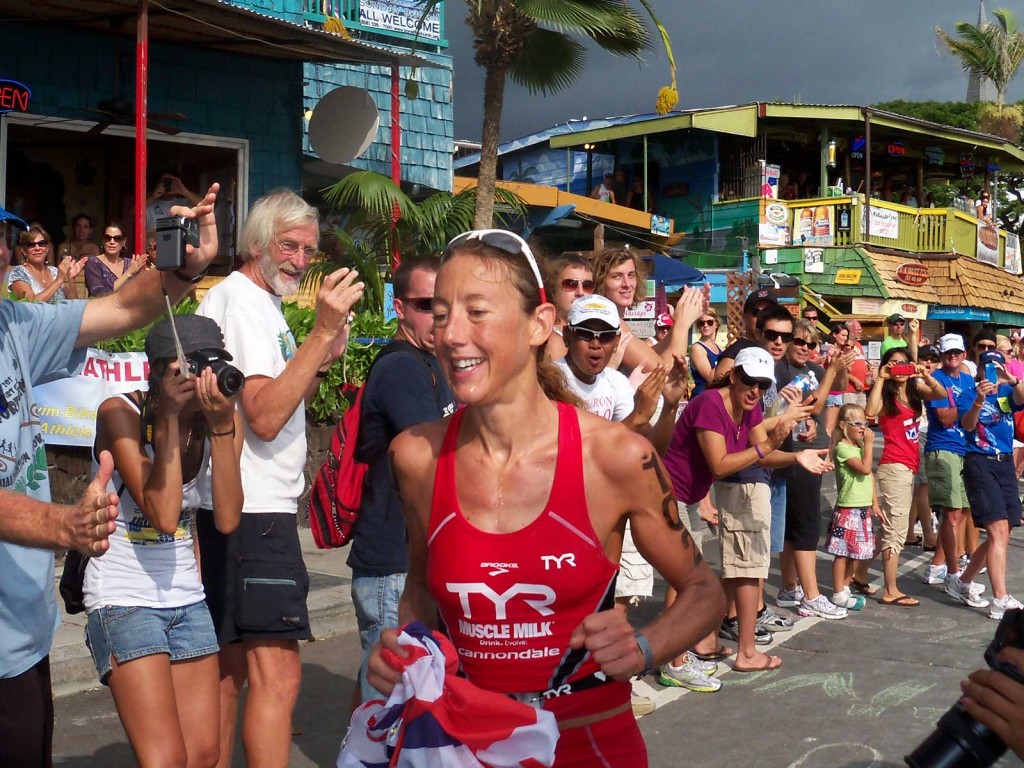 The World Ironman Championship is the longest single-day endurance event in the world. Athletes from all over the globe come to Kona to compete in a 2.4 mile swim, 112 mile bike ride, and 26.2 mile run.

This photo captures Chrissie Wellington from the United Kingdom running the last 100 meters of a fantastic comeback to win her forth Ironman Championship.

Wellington was in the top pack coming out of the water and stayed competitive throughout the bike ride. Then, she turned it on during the marathon run to win by several minutes.

The last couple hundred meters of the run are along Kailua-Kona’s Alii drive. During the race the street fills with spectators cheering on the athletes to finish this long race. The streets are covered with chalk writing, music, and color all encouraging runners to the finish line.

This picture shows the bicycle staging area where the more than 1,500 triathletes transition from the 2.4 mile swim to the 112 mile bike ride. END_OF_DOCUMENT_TOKEN_TO_BE_REPLACED