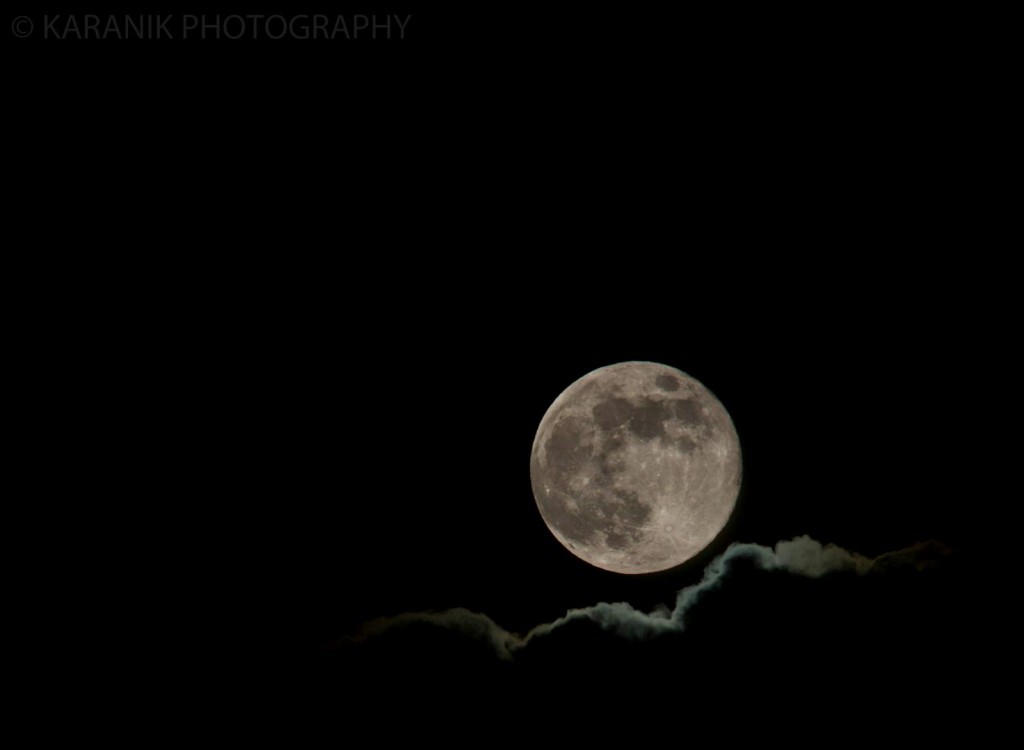 A nearly full moon hangs just above a cloud in Hawaii creating a silver lining near the horizon. Breathtaking in the night sky, the Hawaiian moon watches over the islands, giving extra light to all below.

Moon in the Hawaiian language is, “Mahina.”

A moon is considered ‘blue’ when it is the third moon of the summer and there is still one more moon to come before the end of the season. This is just such a moon. 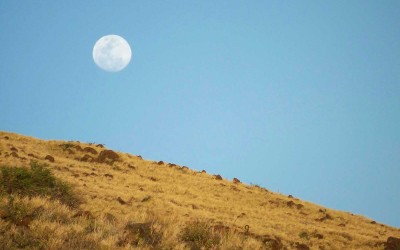