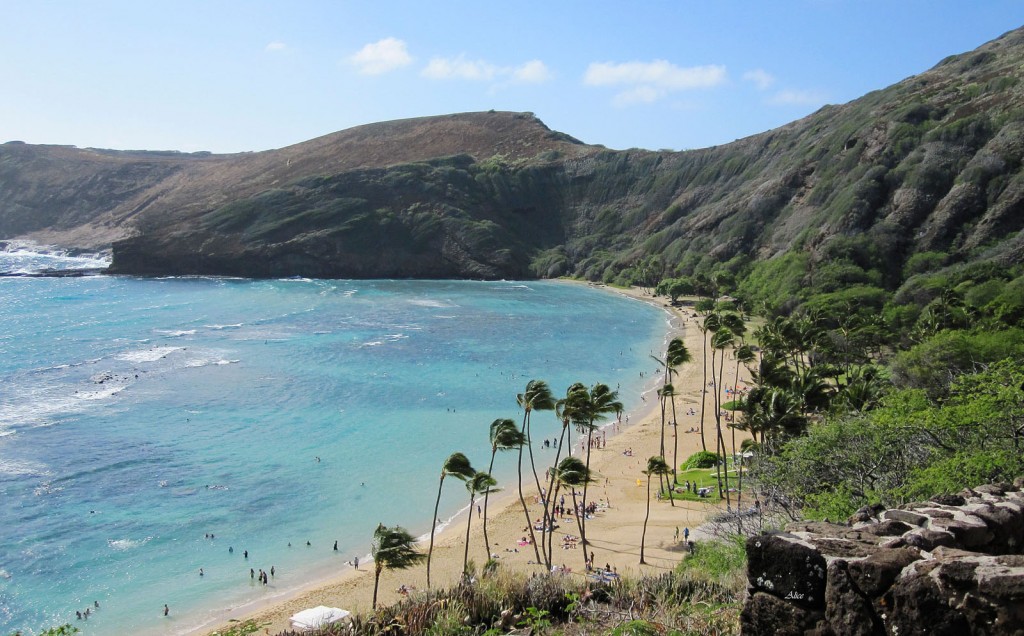 Hanauma Bay Nature Preserve on Oahu’s south-eastern tip is renown for its abundance of tropical fish and clear snorkeling.

Initially, this renown caused Hanauma Bay a great deal of damage with too many people enjoying the beach and shores, giving rise to reef damage and environmental issues. So, in 1990, measures were taken, “to restore Hanauma to a clean, healthy state by reducing the number of visitors, establishing an education program, and instituting supportive restrictions.1”

In fact, Hanauma Bay was the first Marine Life Conservation District in Hawaii. MLCD’s protect Hawaii’s fragile ecosystems and help restore them to their former beauty.

Access is still available to enter the ocean here, and you’ll be rewarded by schools of Hawaiian fish swimming as close as they can get.