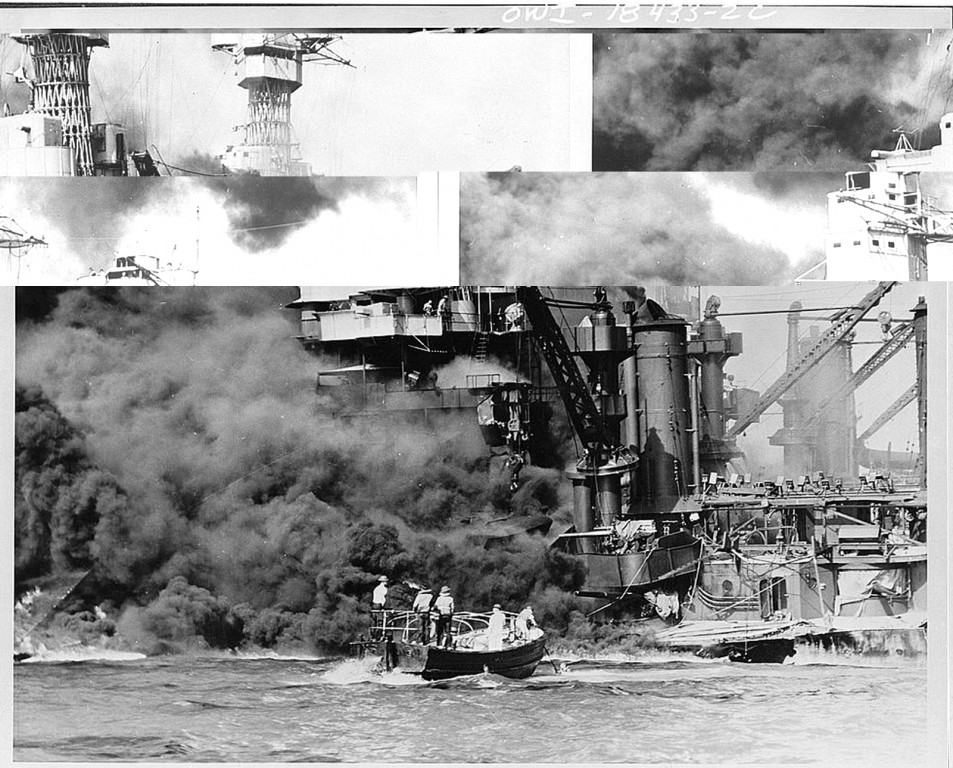 Lest we forget, this picture shows Pearl Harbor on the island of Oahu under attack on December 7th, 1941. It is important to remember the real lives affected to this day by the events of that one.

Pearl Harbor, Hawaii. A small boat rescues a seaman from the 31,800 ton USS West Virginia burning in the foreground. Smoke rolling out amidships shows where the most extensive damage occurred. Note the two men in the superstructure. The USS Tennessee is inboard.

This picture comes from the United States National Archives at http://www.loc.gov/pictures/item/owi2001045668/PP/.