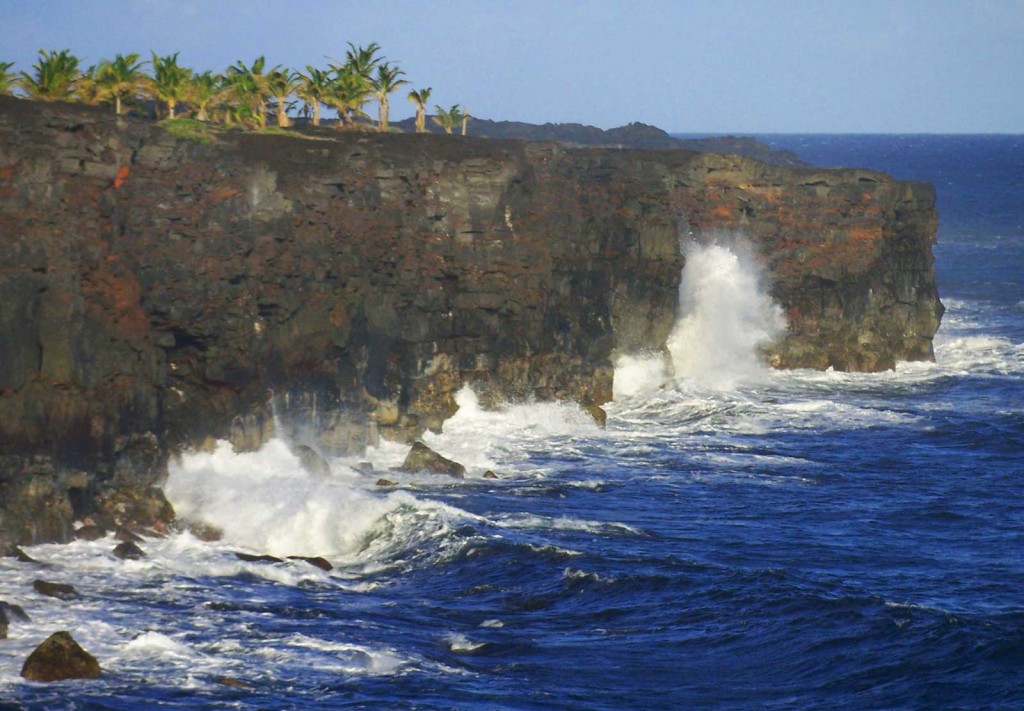 Near the border separating the Big Island districts of Ka’u and Puna on the southernmost Hawaii coastline, one stands in reverence as well-traveled ocean swells crash into the volcanic, palm-lined cliffs of Ka’u.

Ka’u district is as big as the entire island of Oahu. Its size, southern placement, and magnitude of volcanic activity give it a diverse and ever changing topography.

Taken from just inside Hawaii Volcanoes National Park at the end of Chain of Craters Road, this picture shows the power–both in water and earth–of a typical day on Hawaii’s south side. The constant surge of waves into recently created earth tears away at the unstable coastline, causing entire sections of volcanic shelf to collapse into the sea leaving behind steep cliffs.

At the end of Chain of Craters road in Hawaii Volcanoes National Park you’ll find yourself standing on steep cliffs of new land as unimpeded waves rock the coast walls. END_OF_DOCUMENT_TOKEN_TO_BE_REPLACED