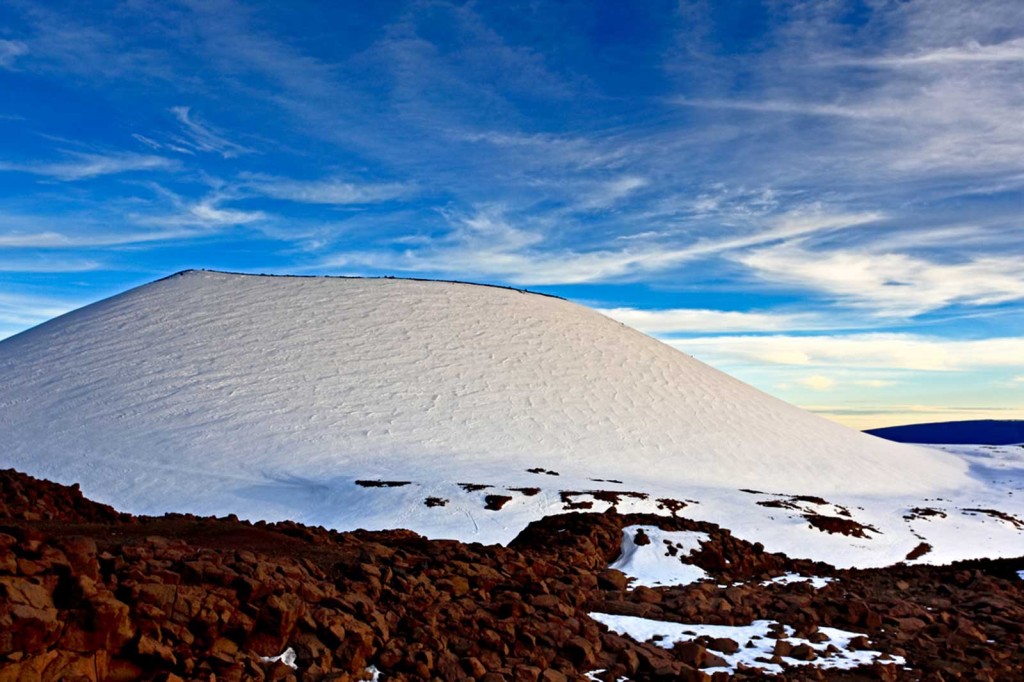 Bright white snow covers the summit of Mauna Kea on Hawaii’s Big Island, surrounded by iron-rich red lava rock under blue skies. The name “Mauna Kea” literally translates to “White Mountain,” so named because this summit rests under a blanket of snow up to about half the year.

Mauna Kea is the tallest mountain in the world, stretching nearly 30,000 feet from peak to base. The base is found more than 16,000 feet below sea level, while the peak reaches 13,796 feet into clear skies. The skies here are so clear in fact, that it is renown for its stargazing and has become the home to 13 observatories funded by 11 different countries.

Many are surprised to see snow in tropical Hawaii. However, there are three spots in the islands that regularly receive “hau,” which is Hawaiian for “snow:” Mauna Kea (Big Island), Mauna Loa (Big Island), and Haleakala(Maui).

Mauna Kea is a sacred place for Hawaiians. For many years only high-ranking chiefs and priests were allowed on the mountain. Tradition holds that Mauna Kea is a region of the Gods, with many gods residing there, including Poli’ahu the god of snow. Some ancient myths tell that the mountain is the first-born child of Wākea, sky father, and Pāpā, earth mother.