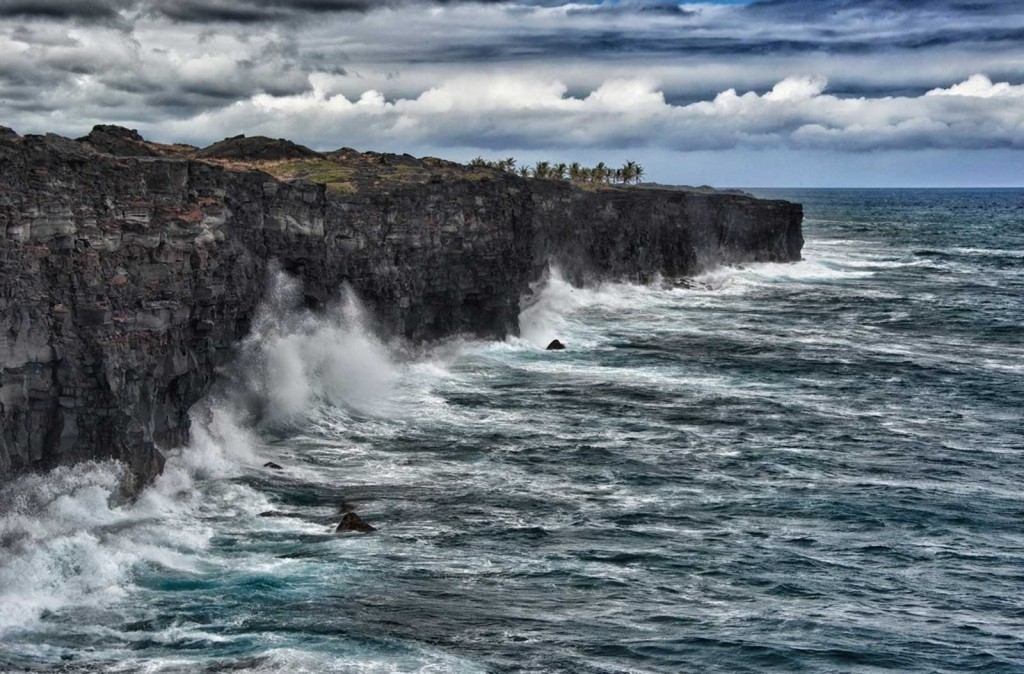 At the end of Chain of Craters road in Hawaii Volcanoes National Park you’ll find yourself standing on steep cliffs of new land as unimpeded waves rock the coast walls.

The land here is relatively virgin, being formed in recent years by the active volcano lava flows still pouring out today. It is a harsh place with vegetation just beginning to regain a foothold. Apart from the occasional palm tree or grass, you’ll only see black lava rock.

On this southern part of the island, the waves travel over 2000 miles before hitting any land, so they are full of energy and power.

This picture had an HDR effect applied, which gives it the bold, almost oil-painting feel.