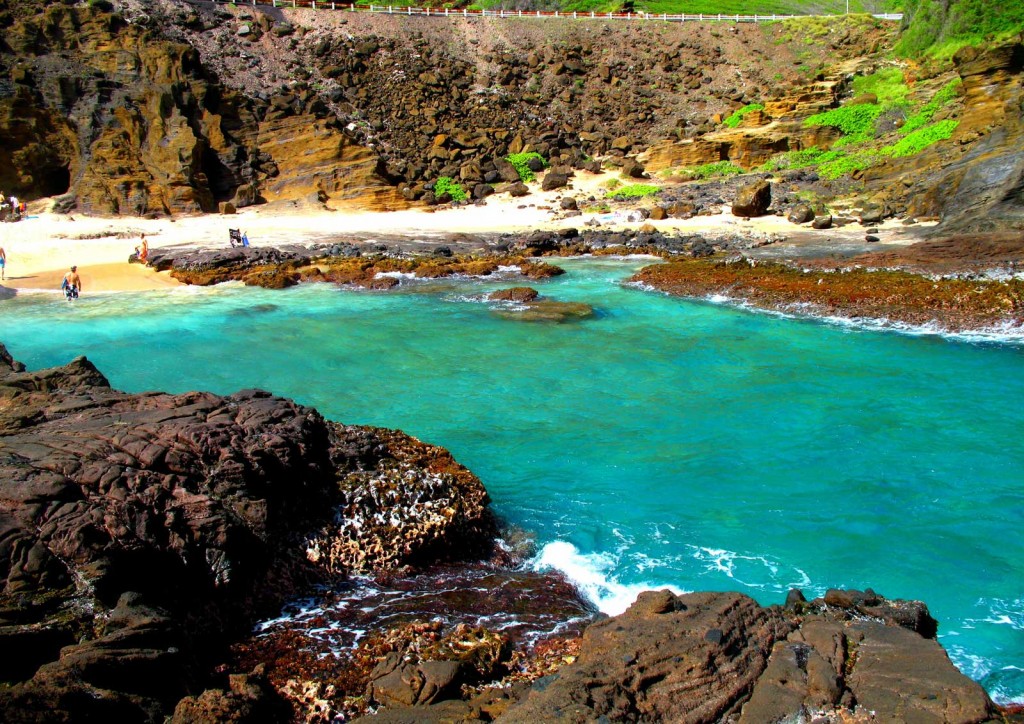 We’re not sure about you, but when we hear “beach cove” and “Hawaii” together we think, “Sweet.” And Halona Beach Cove delivers.

On Oahu’s south-eastern shore at the foot of Koko Crater is Halona Beach Cove, a small, white sand beach surrounded on three sides by steep, jagged lava rock opening to blue green waters. The cove perhaps best known for the famous 1953 movie “From Here to Eternity” where it was background to a love scene with Burt Lancaster and Deborah Kerr.

The cove is good for swimming and snorkeling during calm surf and great for viewing during bigger swells. It is during these bigger swells the the Halona Blowhole erupts with each set of waves, sometimes nearly 30 feet into the sky. The sound, spray, and spectacle that surround this makes blowhole viewing here a prized attraction.