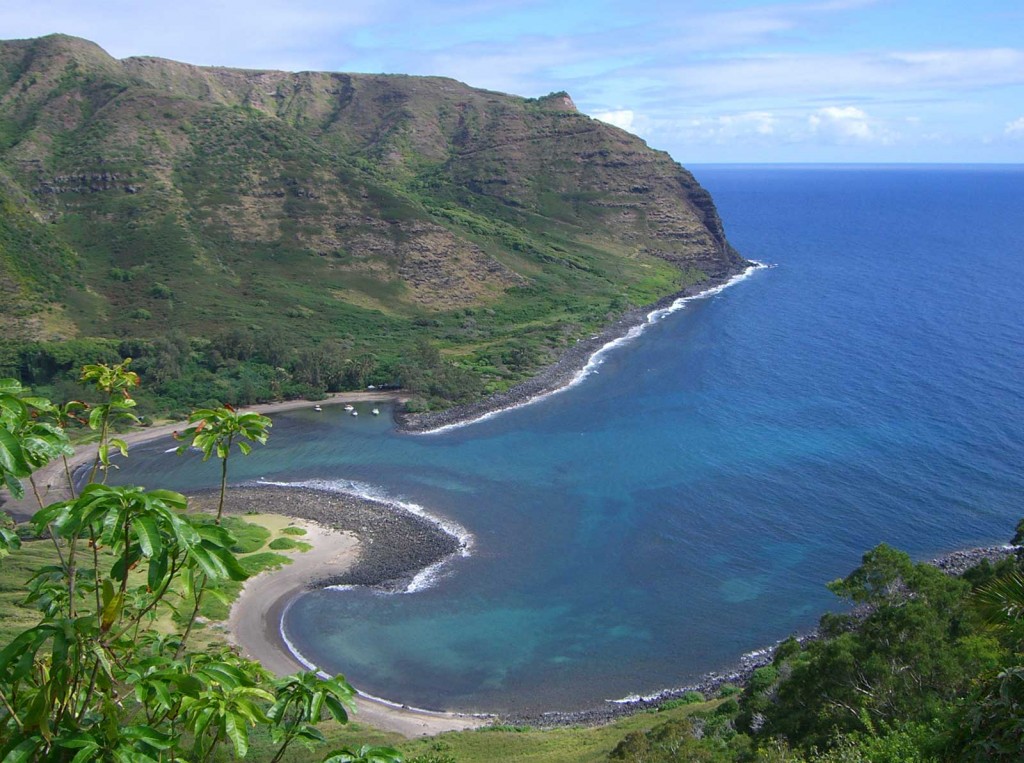 At the mouth of lush Halawa Valley on Molokai’s southeast shores sits beautiful, secluded, and less-traveled Halawa Bay, streaming water into the Pacific from towering water falls above.

Halawa Bay is often used as a starting point for day hikes to Moaula and Hipuapua Falls or hiking to the cliff tops for panoramic views of Lana’i and Maui. “Often” is a fairly relative word and in this part of Molokai it means something like, “a few people a day.” Halaway Bay is at the end of the road and easily accessible by vehicle, making it a Hawaiian rarity of access and low traffic.

Evidence suggests that Polynesians settled Halawa Valley around 650 AD, early in the settling of the Hawaiian islands chain. Heiaus (temples) are spread throughout the valley, adding to its sacred feel.