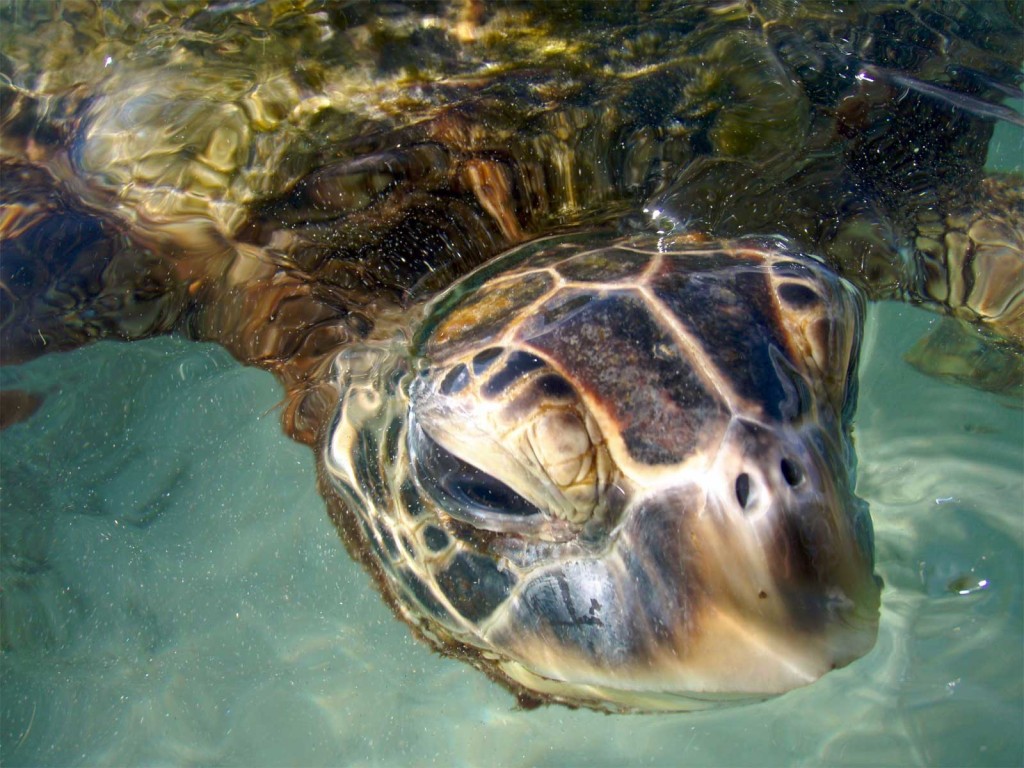 Hawaiian green sea turtles are both common and special in Hawaii. Although now fully recovered in population and commonly seen throughout the islands, the turtles–called “honu” in Hawaiian–were one hunted to a dangerously scarce level. After being protected by law, green sea turtle populations successfully rebounded.

These fun, calm creatures exude a relaxed spirit as they slowly scoot along the shorelines or glide through the water. They are not too shy and will often come quite close, if not bump into, bystanders out for a snorkel.

In the Hawaiian language “eye of the turtle” is translated, “kamakahonu.”