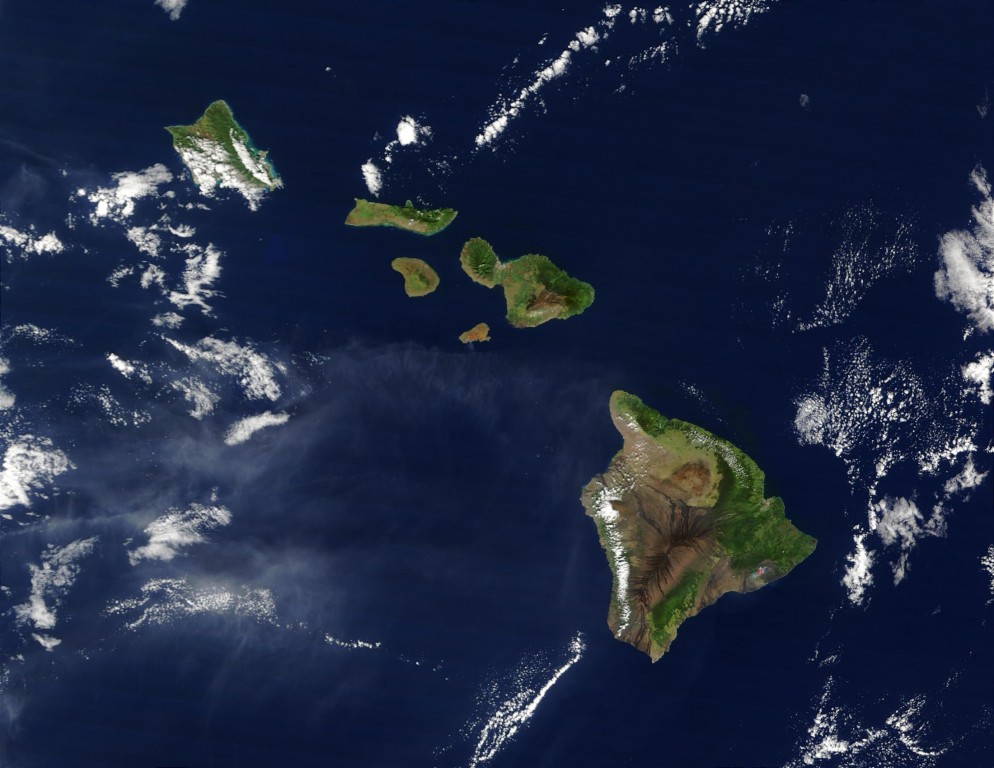 Every now and then we like to look at Hawaii from a different perspective–like space, for example.

This picture from the NASA Visible Earth project gives us a rarely seen shot of all seven main Hawaiian islands in a single photo. From this perspective it is easier to understand Hawaii’s volcanic roots. It is perhaps also easier to imagine the difficulty and size of undertaking Polynesians had in finding, settling, and moving between these islands hundreds of years ago.

The cloud patterns reveal trade winds blowing from right to left, creating thin wisps of white trailing away from the Big Island. And, on the northern shores of each island you can make out lighter colored ocean, indicating that surf was crashing on the shores.