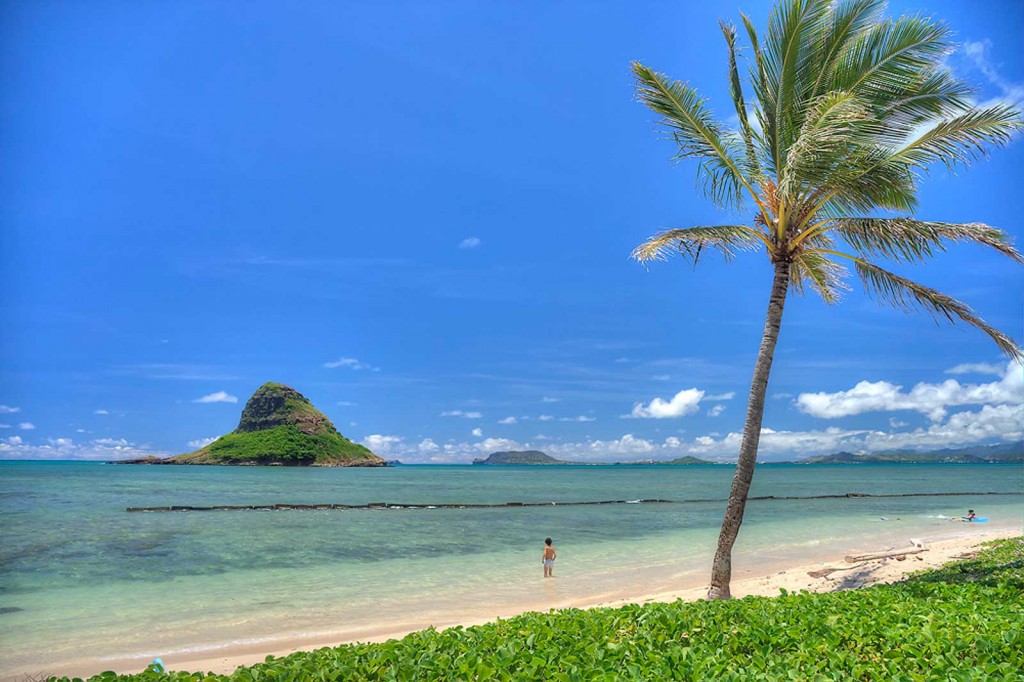 Located in Kane’ohe Bay on Oahu’s windward coast, Mokoli’i island is also known as “Chinaman’s Hat” for its resemblance to the straw hats worn by Chinese immigrants to Hawaii. This easily identifiable look and the beauty it adds to the coast here have made it a well known icon.

The island itself is quite small at only 12 acres and about 200 feet tall. People frequently access the island by kayak, paddle or surf board, or swimming.

“Shot from the beach adjoining Kualoa Ranch, a privately owned ranch and activity park where a few scenes from Jurassic Park were shot. Mokoli’i Island is open to the public from dusk till dawn and sharks are frequently seen around the island in the mornings.”