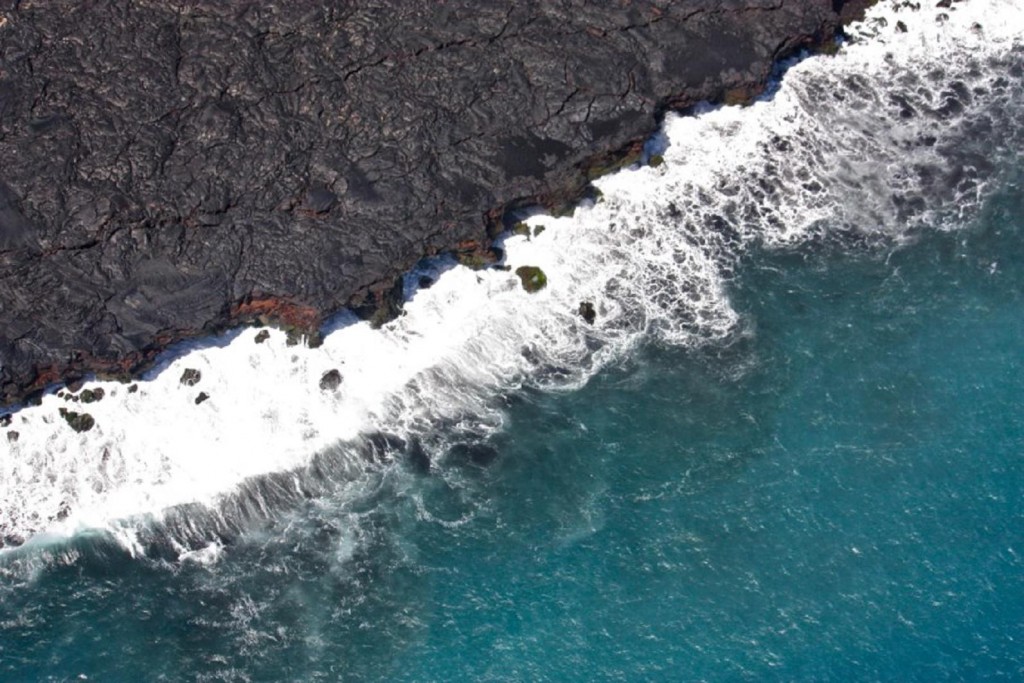 The clear blue water of the Hawaiian Pacific meets the Big Island’s pahoehoe lava Puna coastline creating an aerial scene resembling a boater’s flag. This portion of Hawaii is still extremely young geologically speaking, or even in ordinary terms.

Lava continues to flow from active zones like Pu’u O’o on Mauna Kea constantly creating new earth. The lava flows harden into rock upon meeting the ocean. Then, the ocean begins pounding the new shelf away until it collapses and rebuilds. Over time, this builds new land changes Hawaii’s borders.

“This is an aerial shot of the Hilo/Puna coast – the beautiful and powerful waves pounding at the lava.”