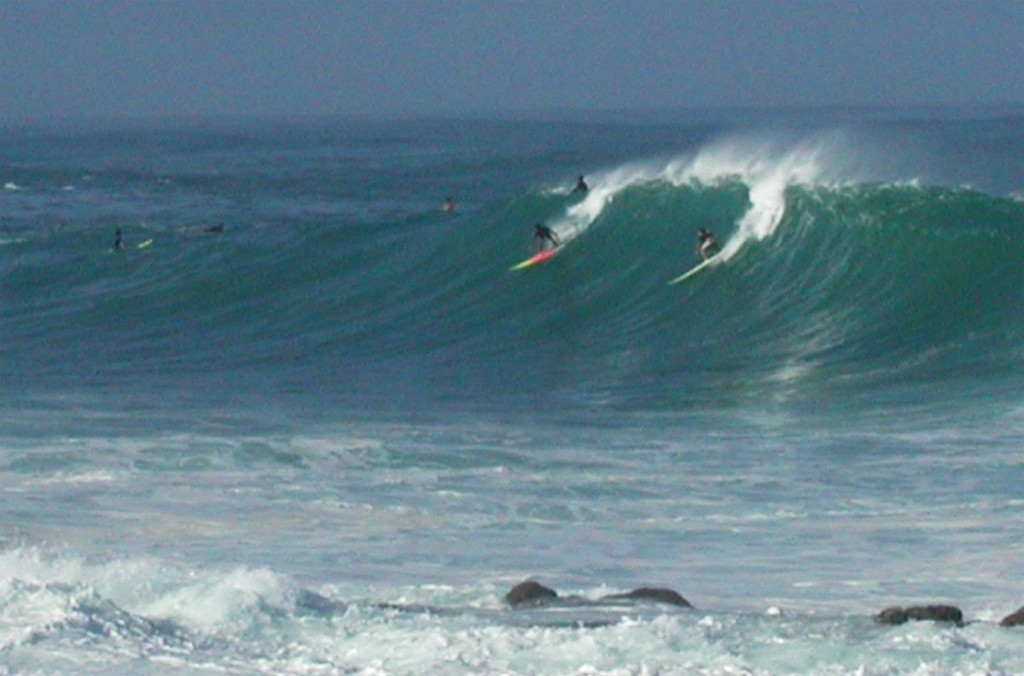 Two thin lines of white water created by surfers trickle down the front of a giant wave in Waimea Bay on Oahu’s North Shore. These monster waves appear each winter here as storms blow wind across of 2000 mile fetch of sea, delivering them untouched to Oahu where they make first contact with land.

Surfers such as these two paddle out into the oncoming swell, screw their courage to the sticking place, and accelerate themselves down the face of two-story high walls of water for the thrill of their life.

Waimea Bay is known internationally as one of the best big wave surfing spots in the world. As such, people travel from around the earth to get a chance to experience it firsthand.