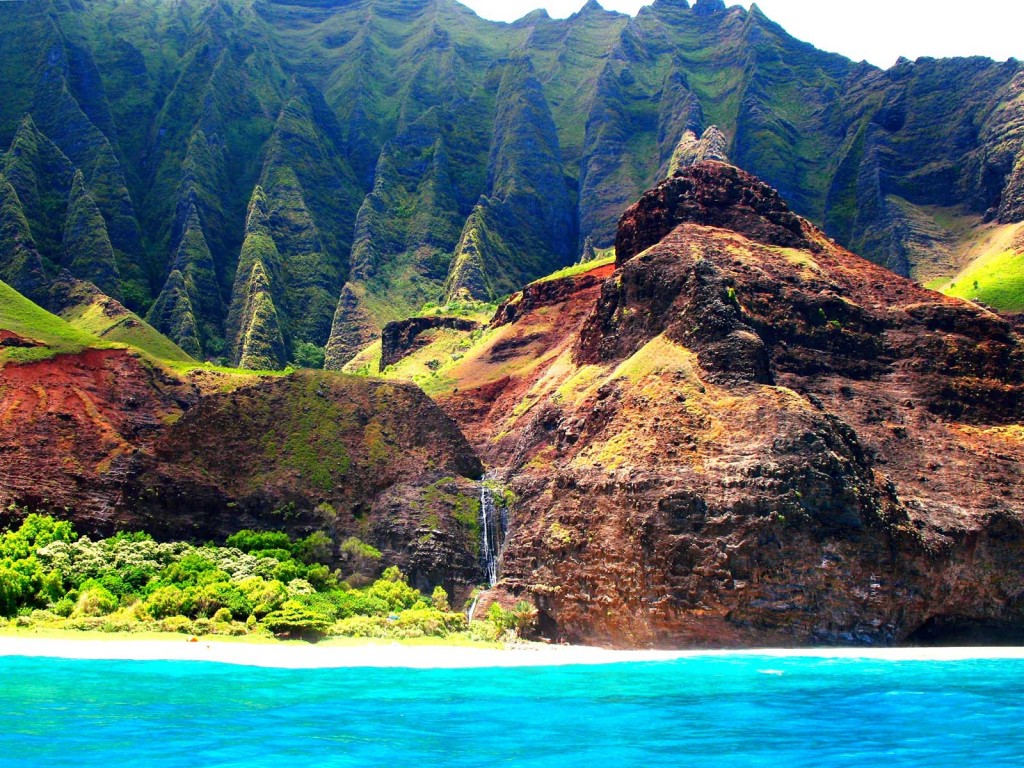 Kaua’i’s Na Pali (translated, the cliffs) coastline is absolutely spectacular. Some call it a true wonder of the world. We agree.

Much of this 15-mile long rugged coastline on Kaua’i’s northern shore is virtually inaccessible due to its sheer, weathered cliffs lush with tropical vegetation from copious amounts of rain. This gives the beaches and striated valleys of Na Pali a pristine feel unlike many other places in the Hawaiian islands.

It is estimated that the Na Pali coast was first inhabited by people around 1200 AD. The coast’s lack of easy access by land meant that inhabitants here were well protected and came and went primarily via the ocean in traditional outrigger canoes.

Waterfalls, like the one pictured at center here, gave plenty of fresh water for sustaining day-to-day life and growing the main crops of the area–taro, breadfruit, bananas, coconuts, and more. This fact, and Na Pali’s location between more populated areas made this coastline a hotbed for trade. Of coarse you had to get here by canoe or strenuous foot-trails first.